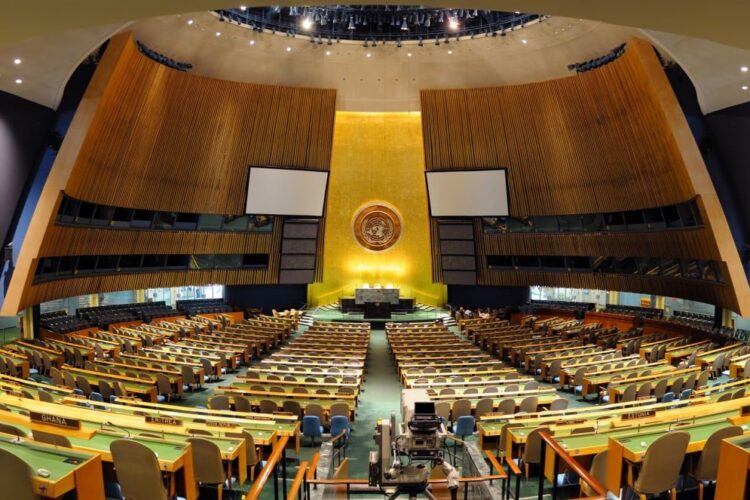 The UNHRC maintained its perfect record of implementing resolutions against Israel by voting to form a blacklist of companies operating in Israeli settlements at its most recent session.

“We can finally breathe a sigh of relief, we thought this historic moment would never come” said Saudi Arabian head of UNHRC Faisal Bin Hassan Trad. “The horrible human rights violations committed by Israel is tearing the region apart. With this resolution we can finally start to heal”. When challenged on Saudi Arabia’s own human rights records, Mr.Trad pulled out a whip hidden` under his keffiyeh and began lashing the journalist. He calmly explained he keeps it in cases of emergency because ‘you never know when dissidence might rear its ugly head’.

RELATED: Americans Thrilled as United Nations Headquarters to be Moved to Israel

The resolution was warmly welcomed by numerous UNHRC members, including Russia, United Arab Emirates and Algeria. The current Qatari council member was glad attention is being paid to the conflict, but is concerned that it is not enough “We had at least three to four resolutions not dedicated to Israel and that’s disappointing. But listen, I understand that some people might be concerned about ISIS’s growth, the utter destruction of Syria, North Korea’s dictatorship starving its own people, Iran’s nuclear threat and global terror funding, the imprisonment of journalists in Turkey, the general lack of rights for women in the Arab world, hacking to death of Bangladeshi bloggers, Russia’s aspirations of annexing more land, death penalty for homosexuals in Sudan, and don’t even ask about the rest of Africa. Umm…wait, where was I going with all of this? Ah yes, fuck Israel!”