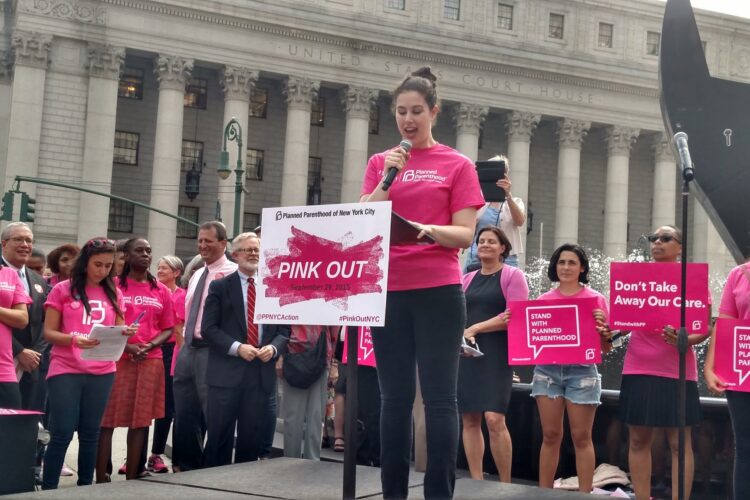 Only days after a gunman killed three people and wounded several others at a Planned Parenthood Clinic in Colorado, Democratic U.S. Presidential front-runner Hillary Clinton has proposed that the U.S. deport all citizens who oppose abortion.

“They’re a Trojan Horse… a festering fifth column that must be crushed. In an ideal world, I’d ship them to Iran, Saudi Arabia or any number of women-hating countries,” the former U.S. Secretary of State told a rally in Northern California on Saturday. “If they want backward, we’ll give ‘em backward!” she said to rapturous applause.

“And while we all know that such a drastic move is unrealistic at this stage, we must at a minimum establish a national database of all those who seek to deny a woman’s fundamental right to autonomy over her own body,” Clinton said. She also proposed shutting down thousands of pro-life churches, calling them “ISIS-like breeding grounds for misogynistic hatred and violence.”

In response to criticism that her proposals are no less immoral and unconstitutional than Republican calls to monitor all Americans Muslims in the wake of the Paris terror attacks, as well as to deport over ten million illegal immigrants, Clinton replied: “It’s time to fight crazy with crazy. In these troubled times, progressive Americans are looking for bold, out-of-the-box solutions. And I’m just getting started.”