“A State in the Hand is Worth Two in the Bush,” Says Netanyahu in Response to Question About Peace Process 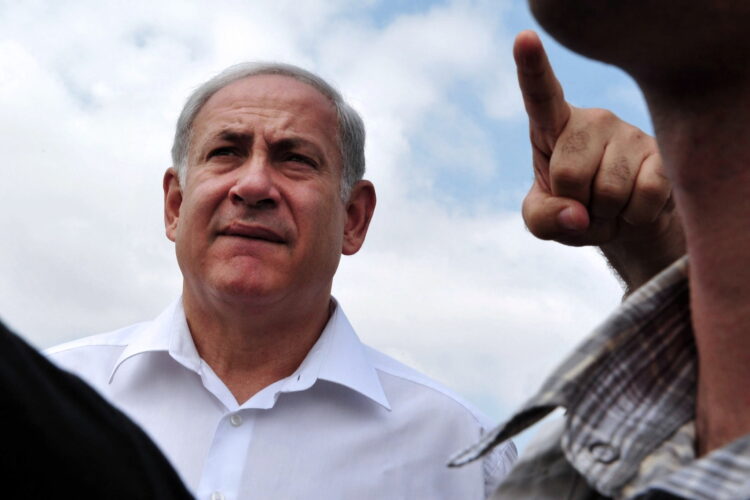 As tensions between Israelis and Palestinians once again threaten to boil over and make a huge mess just like the raviolis you left boiling on the stove by accident, more and more questions have been directed at the leaders of both groups.  People are demanding answers about why the peace process is now so old that it enjoys a tall glass of prune juice and playing mahjong with the ladies.  No one has received more scrutiny than Israeli Prime Minister and current Comb-over Champion of the World, Benjamin Netanyahu.  As you’d expect from someone who spent a large chunk of his childhood growing up near Philadelphia, Netanyahu has a reputation for being abrasive, aggressive, and a fan of teams that won big in 1967 (no, you’re not crazy, that’s a 76ers joke right there. You’re welcome.).

Recently Netanyahu was asked why a Palestinian state hasn’t materialized yet, despite being the answer everyone gives for the conflict.  “A state in the hand is worth two in the bush,” was the response.  “We know all about the status quo… but two states?  That’s a major unknown – birds in a bush, if you will.  And honestly, I don’t really know much about birds.  They have feathers like a pillow, but wings like airplanes?  Some fly in the air, but some fly in the water?  What’s the deal?  Look, what I’m trying to get across here is that I’m not really the guy you want to figure all this out.  I’m fine with a bird in the hand, thanks very much.”  Following that statement, and even after repeated requests, Prime Minister Netanyahu refused to talk to The Mideast Beast about his bush and what animals live in it.