Yemeni Children Get Creative in Attempt to Grab America’s Attention 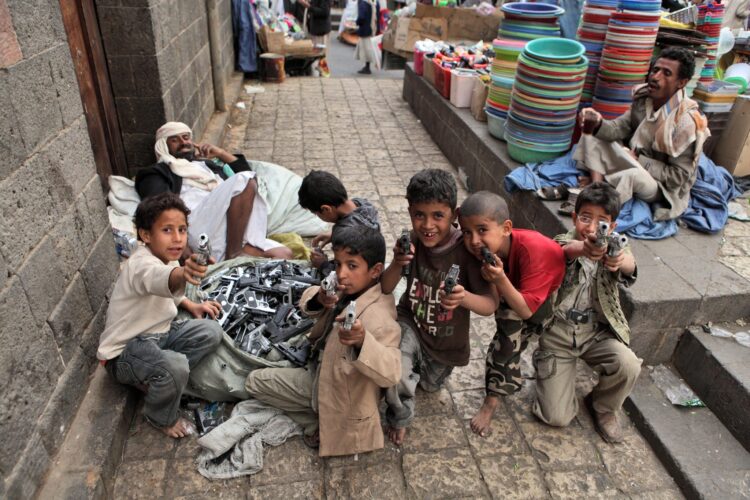 A group of starving Yemeni eleven-year-olds are attempting to create a giant solar eclipse made of cardboard and flashlights, with the purported intent of getting Americans to finally start reporting news about their country. The kids started collecting materials from dumpsters and refugee camps on Monday, after realizing that the solar eclipse was prompting journalists to stop incessantly reporting on Trump for the first time in two years.

“We don’t have a school science fair, because, well, we don’t have a school, but that doesn’t mean we can’t use our creativity and sharp wits to try and invent something that’ll better our situation,” explained one orphan who has almost no memories besides those of the brutal civil war that’s been tearing his country apart since 2015.  “Based on our understanding of Americans, they’ll find a cardboard solar eclipse much more interesting than Houthi wars and brown people killing brown people.”

“According to our research, the last time our country appeared prominently on American mainstream television was in that season four ‘Friends’ episode when Chandler moved to Yemen – that was five fucking wars ago! We hope we can gather enough cardboard and get the electricity working so that maybe Americans will pay attention to us again soon,” he said while smiling naively and holding up a large piece of cardboard covered in bullet holes and dried blood.