White House on Syria: All Nicknames on the Table 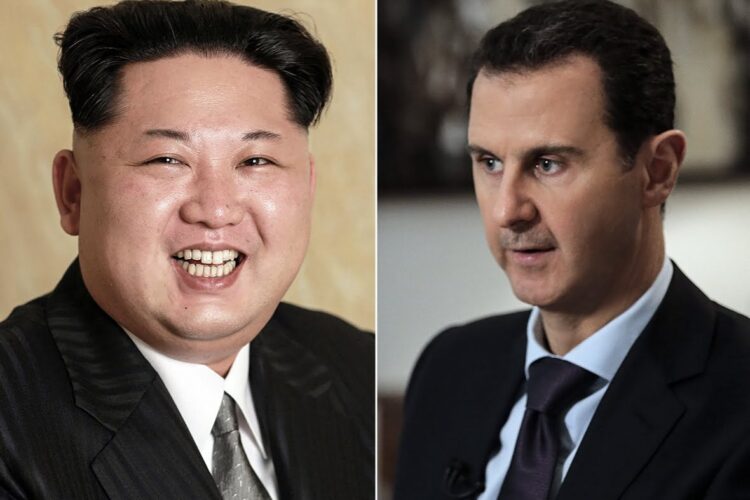 Image from The Slate in "How Are Assad and Kim Still in Power?" at http://slate.me/2okICaS

The White House released a statement that it has not yet decided on which nickname it will use for the president of Syria, Bashar al-Assad, saying: “all options are on the table”. Leaked documents from the White House posted by the White House to Twitter show that the nicknames under consideration for Assad were in no way limited to Elton John Songs: A NSC staffer was quoted as saying, “they didn’t prepare me for this shit at Georgetown”.

In response, the Syrian leader received support from its allies in Tehran with Supreme Leader Ayatollah Khomenini saying that they would stand up to any American aggression against their ally in Syria and, “with Allah and Spotify’s help, we are prepared to rain down devastation on the @POTUS twitter account.”

This follows the escalation of tensions between North Korea and the US over President Trump calling North Korean Leader Kim Jong-un “Rocket Man” in front of the whole goddamn United Nations, and then “Little Rocket Man” later on. At press time, the National Security Council had presented several nicknames to the President for consideration including: Tiny Dancer, Nikita, Blue Eyes, Honky Cat, and Little Jeanie. National Security Advisor H.R. McMasters could not be reached for comment, but he was reportedly last seen banging his head against a wall in the West Wing.