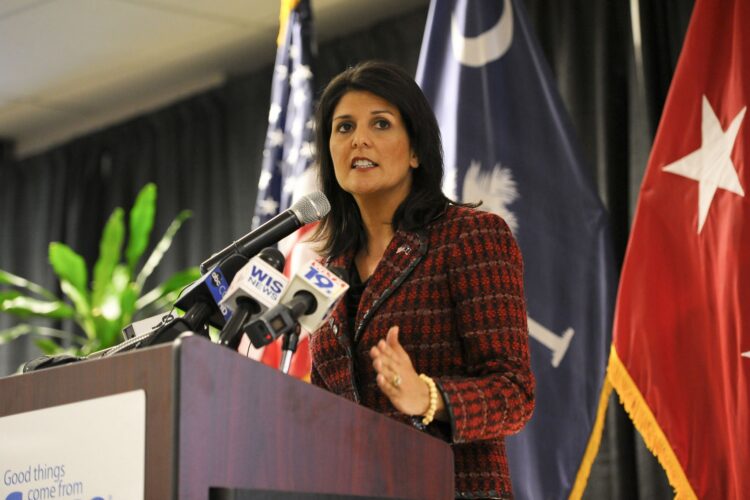 Earlier this week, the UN general assembly passed a non-binding resolution condemning US Ambassador Nikki Haley as a “Debbie Downer”.

In interviews with The Mideast Beast, several delegations to the United Nations have complained that the new US Ambassador to the UN is really bringing the mood down with all the talk of “being fair to Israel” and “addressing rampant human rights violations in the Middle East”

The Syrian Ambassador to the UN explained: “When Samantha Powers first came in, we were worried she might make trouble, after all, she wrote a whole book explaining how Democracies and NGOs let genocide happen; but as soon as she realized she was going to be part of the problem, things loosened up. But now we’ve got this Haley chick and the shit’s gotten real.”

The Saudi representative to the Human Rights Council sounded exasperated when asked about Haley: “Yeesh, Israel this, Israel that, this Haley woman keeps going on and on about how “unfair” we are to Israel, like what? She expects us to condemn ourselves for Human Rights violations?” and just shook his head saying, “this is what happens when you let women out of the house”. The Venezuelan Ambassador to the council expressed similar frustrations saying that Ambassador Haley was trying to divert the council to matters of Human Rights in the world. “For fuck’s sake, that’s just not what the UN is for.”

At press time, there were talks of another resolution being drafted calling for the US to “Chill the fuck out with the Israel shit”.