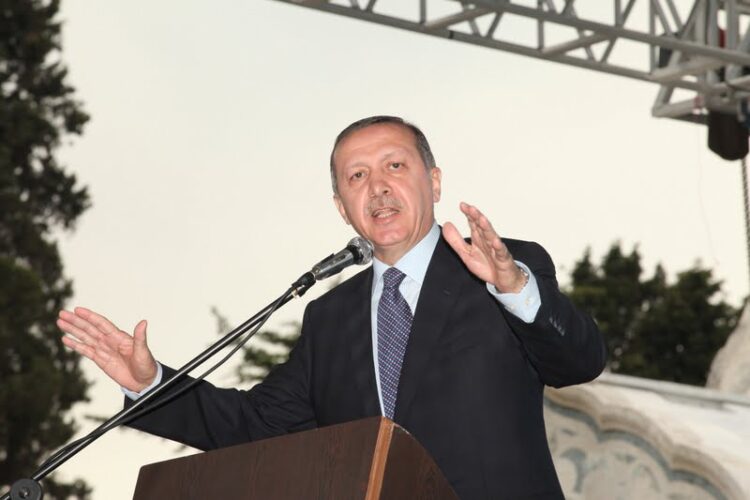 Stepping into the international arena with a declaration of something completely unrelated once more, Turkey announced that there was something ‘a bit fishy’ about late Saudi King Abdullah bin Abdulaziz’s death.

President Recep Tayyip Erdogan (sexy stud in the image above) stated, “The sad death of brother King Abdullah, peace be upon him! is a direct consequence of the Zionist state’s aggression. Miss Israel’s deliberate photo bombing of Miss Lebanon killed the late Saudi King. You just can’t have that many hot chicks in one photo. It’s too much for anyone to handle.”

“Once more, the Zionists are responsible for Muslim bloodshed. Their methods are becoming more sophisticated. It is our duty to destroy them.”

Islamist movements around the world were quick to jump on the bandwagon. ISIS, pissed off by the reemergence of Al Qaeda, tweeted; “Peace be upon King Abdullah. Banish beauty with a burka. Death to the Zionists #allahuakbar #bringburkas”, alongside a picture of a black tent, captioned ‘Miss ISIS’.

Hamas, not having much to do after the summer war with Israel, posted on their Facebook page; “Another Zionist bombing victim. Peace be upon him. #allahuakbar #rocketshootsnotpocketfiddles.”

A spokesperson for Israeli Intelligence told The Israeli Daily, “We hadn’t previously realised that ‘death by hot chick’ was a tangible way of killing off old Arab leaders. Should’ve figured that one out back in the Arafat days. I just hope no one’s shown Israel’s Chief Rabbi the photo, otherwise we are going to have a serious ‘friendly fire’ incident on our hands.”