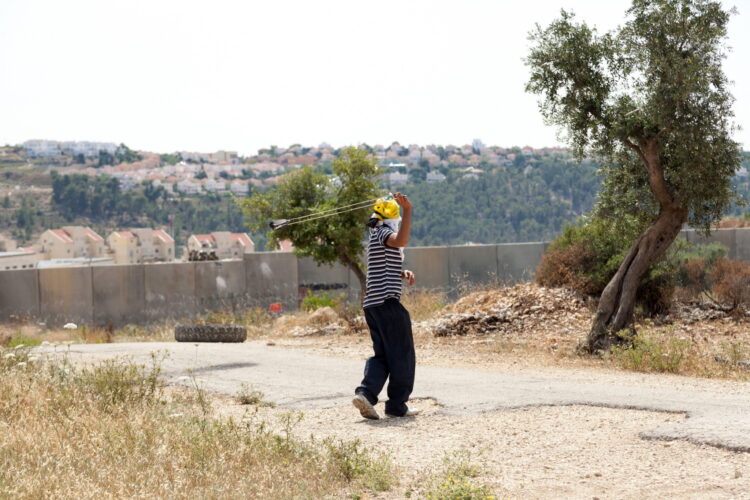 “You know every time these Hamas guys shoot missiles at Israel and the Israelis shoot back, I have to wonder why they don’t just use kids with slings and rocks to knock ‘em out the sky? I mean they’ve all got to be expert rock slingers by now, what else do they do all day?”

The comments have drawn significant ire. An angry spokesperson for Hamas explained, “Actually, we use children all the time to stop Israeli rockets. And, you know if wasn’t for Jewish magic, we could easily knock those rockets down!”

Meanwhile an Israeli army spokesperson issued a statement assuring that, “All IDF weapons are thoroughly tested to ensure that they are impervious to stones thrown by children, since that’s pretty much all we’ve dealt with in the past couple of years.”

After Trump’s statement, UNESCO passed a resolution recognizing David as part of Palestinian cultural history. A UNESCO spokeswomen explained, “Looking at David’s takedown of Goliath, it is obvious that only a Palestinian child could sling a rock so well. David was clearly a Palestinian child, and Goliath was the Je- I mean Zionist.