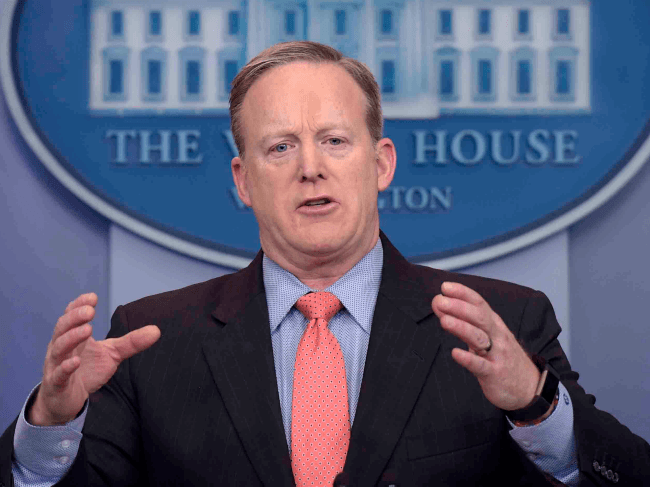 After days of criticism over his claims that Hitler never used chemical weapons, Press Secretary Sean Spicer has been forced to resign and is now replaced by former Iranian President Mahmoud Ahmadinejad.

“Listen, I think Sean’s been doing a wonderful job, but Jared tells me the Jews are very upset at him, so he’s gone,” Trump told The Mideast Beast. “But we’re bringing in someone terrific.”

Though he promised during his campaign to take a hard line against Iran, Trump had nothing but praise for its combative former leader.

“This Mahmoud, people are saying great things. He’s done some tremendous things with uranium,” Trump said. “He’s done a wonderful job, he won a bunch of very fair elections, and he’s receiving a lot of recognition.”

“Gosh, I hope I didn’t come off like that when I said that the Holocaust was a myth,” Ahmadinejad added.