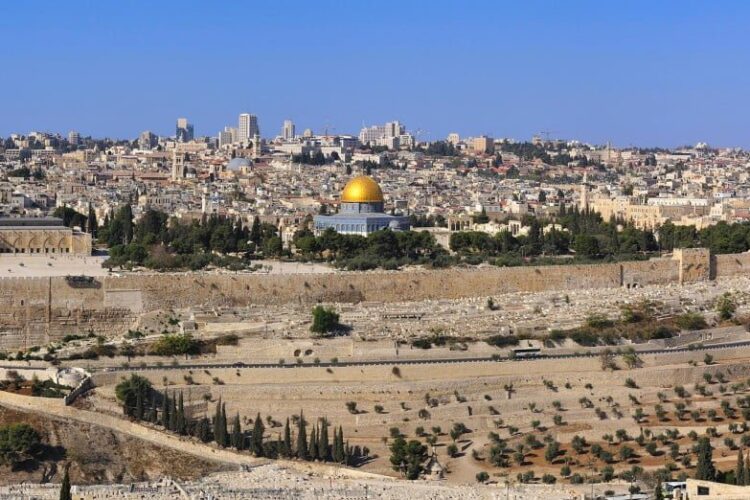 Calling it a perfect solution to longstanding tension over the Temple Mount in Jerusalem, President Trump has proposed a plan to raze the entire site and replace it with the ‘Third Temple Trump Hotel and Mosque.’

Trump unveiled his plans just one day after meeting with Israeli Prime Minister Benjamin Netanyahu in Washington. After considering how to accommodate Jewish access to the site of the First and Second Temples and Muslim access to the Al Aqsa Mosque, Trump said he believed the best solution for all would be a five-star resort that paid homage to each of the major religions.

While Al Aqsa Mosque, one of the holiest sites in Islam, will be demolished, there will be an ‘Al Aqsa Bar and Casino’ within the resort, where Muslims who can recite a passage from the Quran will receive 20 percent off drinks at the bar. Trump will also replace the Western Wall, a section of wall surrounding the historic Temples, with a golden replica.

“Listen, no one will miss the Western Wall. Once I’ve built my wall to keep out the Mexicans, the Western Wall will seem so pathetic in comparison that the Jews will be embarrassed by it,” Trump told The Mideast Beast. “And the Dome of the Rock? Sad! Not enough gold.”