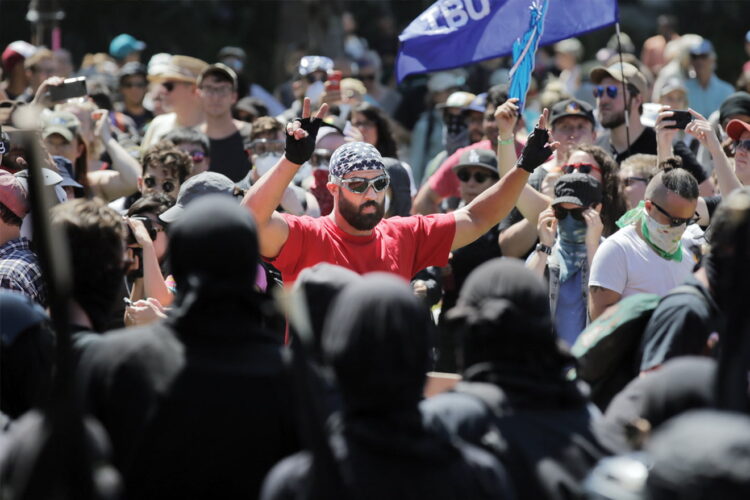 Image from The Weekly Standard in "A Beating in Berkeley" at http://tws.io/2gwA2WI

“On the news, we heard how these students were harassing Jews on U.S. campuses, and how much they love Islamists like Linda Sarsour. They refer to these students as ‘SJWs’ and we just sort of assumed SJW meant Salafi-Jihadi Warrior.”

Another leader explained, “But then we got confused because then they started saying how the hijab is a symbol of women’s liberation or how homosexuality is acceptable under Islam. Any self-respecting Islamist knows that’s utter bullshit.”

Despite the revelation, terrorist leaders have announced a new US campus recruitment campaign entitled,” Students for the Destruction of Zionist Imperialism and the Establishment of Equality” that will begin next fall. One recruiter gleefully noted that, “It’s literally the same campaign we use in Iraq and Palestine to recruit suicide bombers except we say ‘Zionist Imperialism’ instead of ‘Jew’ and ‘Equality’ instead of ‘Sharia.

“They seem to hate the Great Satan and the Little Satan as much we do,” said terrorist leader Mohammad al-Abudi, referring colloquially to the United States and Israel. “Hey, if they’re dumb enough to overlook honor killings and female genital mutilation in the Middle East to not look Islamophobic, maybe we can convince a few of them to blow themselves up in the name of women’s rights!”