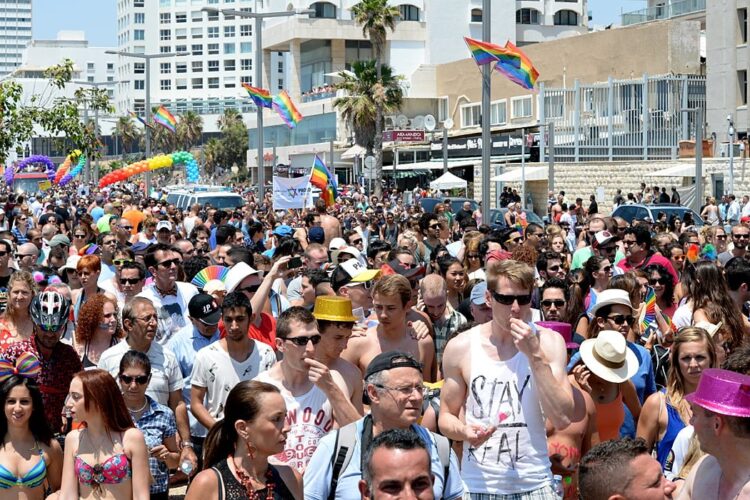 Tel Aviv, Israel – The annual Tel Aviv Gay Pride Parade caused mass confusion and pandemonium last week as a group of 120 Americans of all ages, and incidentally all named Gail, came as a group to participate.

“I believe we may have made a horrible mistake”, exclaimed Gail O’keefe of Orlando, Florida. “We were told it was a Gail Pride Parade and bought flight tickets to take part as proud Gails”.

Gail Harrison of Palm Springs, California, was close to tears: “I am 68 years old”, said the gray-haired Mrs. Harrison, “and have never taken part in a Gail Pride Parade. I was looking forward to marching with thousands of Israeli Gails”.

Oren Goldberg, an organizer of the Gay Pride Parade, had nothing but words of comfort for the visiting Gails but ultimately refused to refund their flight costs. “We clearly said Gay, not Gail, but our English pronunciation leaves to be desired”, admitted Goldberg, sporting a thick Ethiopian accent.

A smaller contingent of Gails arrived from Great Britain. Numbering about fifty, the “UK Gails” as they came to be known are 85 years-old on average. As they marched proudly in the Gay Pride Parade along with half a million Israelis, ninety-year old Gail Leeson of Sussex happily said “I didn’t realize so many Israelis are named Gail, both boys and girls! But why they are all half-naked?”