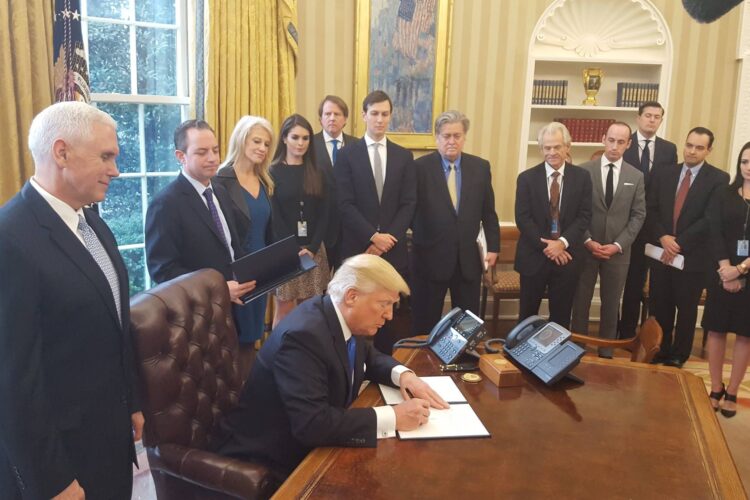 President Trump’s chief strategist, Stephen Bannon, has reportedly told aides to draw up plans to round up all Muslims and Jews living in the United States, just as soon as they get the border wall out of the way.

Bannon, the executive chairman of the far-right news source Breitbart, has been accused multiple times of making anti-Semitic and anti-Muslim remarks. However, this may be the first instance in which he has stated his explicit intentions to turn thought into action.

One extremely unreliable source quoted Bannon, “We’ll start with the Jews – they’re easier to track down, seeing as they’re all documented and many are celebrities. Once we’ve rounded up all the Muslims as well, we’ll employ rust-belt factory workers to tie up all their hands and feet and then we’ll drown the whole lot in Lake Michigan.” This relocation plan could kill two birds with one stone by also bringing prosperity to unemployed factory workers, thus following through with one of Trump’s many campaign promises.

“If you think about it, it’s simply an out-of-the-box way to bring together the opposing sides of the Jewish-Arab conflict” a confidant of Bannon commented. When told that not all Muslims were, in fact, Arabs, he replied, “Uh huh, good one. Next, you’ll be telling me not all Jews have horns.”