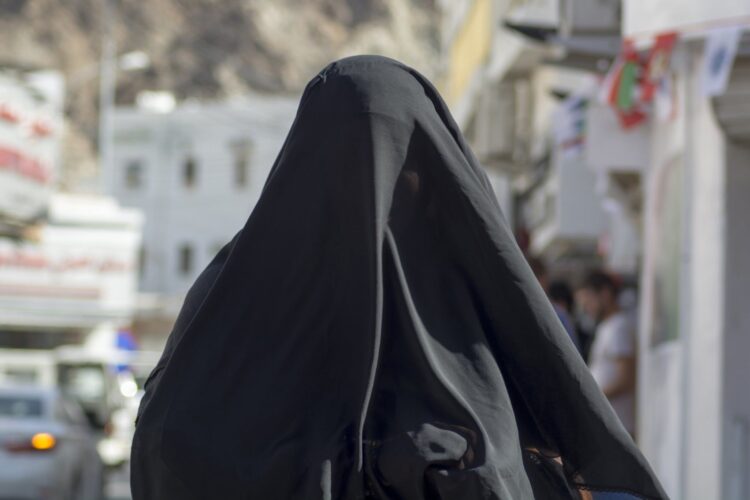 Former White House Press Secretary Sean Spicer donned the enveloping outer garment shortly after leaving the press room for the last time. Challenged by a reporter from The New York Times he commented, “Let’s be honest over the last six months I’ve been forced to say and do some things up at the podium and in the bushes that have, shall we say, not been my finest moments. So, this seems like the right time to make a change and avoid any chance of being recognized.”

“I’m not telling other people how to live their lives but I will be leaving this brochure from Arlington Burka on the Cabinet room table as I leave. Because I think we all know there’s about to be a mass exodus sometime soon.”

Incoming Press Secretary Sarah Huckabee was quick to condemn her predecessor, “Personally I would never be seen in clothing that I consider demeaning to women and an enabler for chauvinism. Now please excuse me as I’m late for a session with my personal trainer. The President mentioned that he won’t be slapping my ass until I drop 20 pounds. What a time to be alive!”