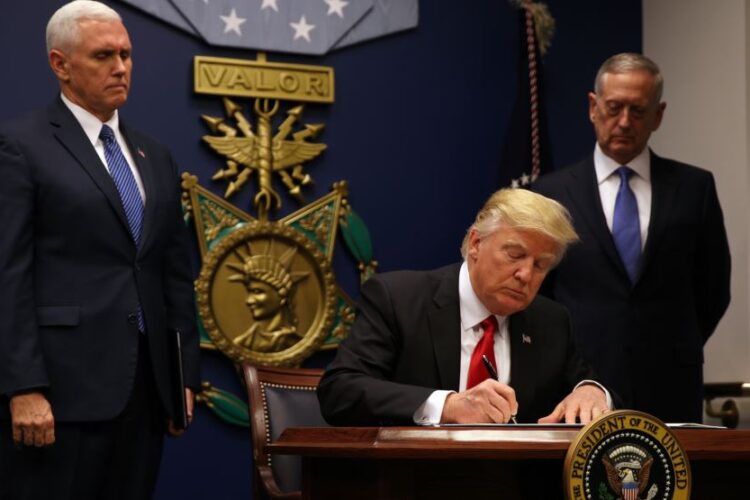 By Staff of the President of the United States, Donald Trump [Public domain], via Wikimedia Commons

Saying they should not be forced to sit next to Libyans and Yemenis while flying to the US to carry out terror attacks, ISIS members from Saudi Arabia and other countries not included in President Trump’s travel ban, have lashed out against a court ruling striking down the restrictions.

“The travel ban was a sensible measure to ensure that terrorists like myself do not have to compete with smelly Libyans or Iranian infidels for cheap air tickets while traveling to the US to plan the next 9/11,” one Saudi ISIS member told The Mideast Beast. “Do the courts even care about keeping us ISIS members safe?”

Another ISIS leader noted that citizens of the seven countries listed in the ban had never carried out an attack in the US.

“Allowing these schmucks into the US risks jeopardizing the many important missions ISIS has planned in the country,” the Saudi ISIS leader Tweeted. “If nothing bad happens, blame this judge!”