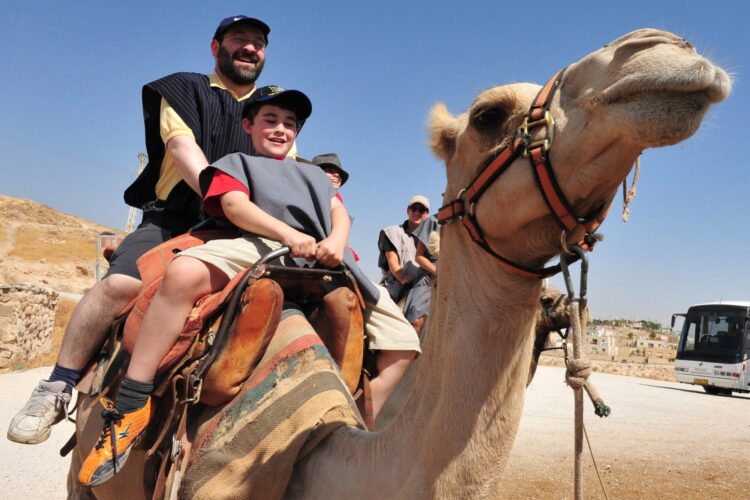 After the Stein family decided to embark on a three-week trip to Israel, things started off as an ostensibly normal vacation. However, according to Shlomi Stein (the youngest son), on about day four, it began to take a “horribly embarrassing” turn for the worse.

At that point of the trip, the patriarch of the Stein clan, Avi, inexplicably adopted a god-awful Israeli accent when speaking in severely broken Hebrew to natives during a camel ride.  “I don’t think anyone with ears could possibly mistake my father for being Israeli,” said Shlomi.  “He barely speaks Hebrew, and in all honesty, his English isn’t even that good most of the time for a guy from Florida… Come to think of it, maybe it’s because he’s from Florida.” According to reports, the whole family was deeply affected.

“Oh my god. Oh my god dad stop!” older sister Allison screamed at a restaurant after her dad began ordering from the Hebrew side of the menu, even though the English version was readily accessible.

Israeli doctors confirm this is a common ailment that affects travellers to most foreign nations, especially Americans, though there is currently no cure.  A 5k run is being planned to help find a cure and support groups are available for survivors and their families.