Pope Ruled ‘Not Catholic’; Rumored Plans to Convert to Islam 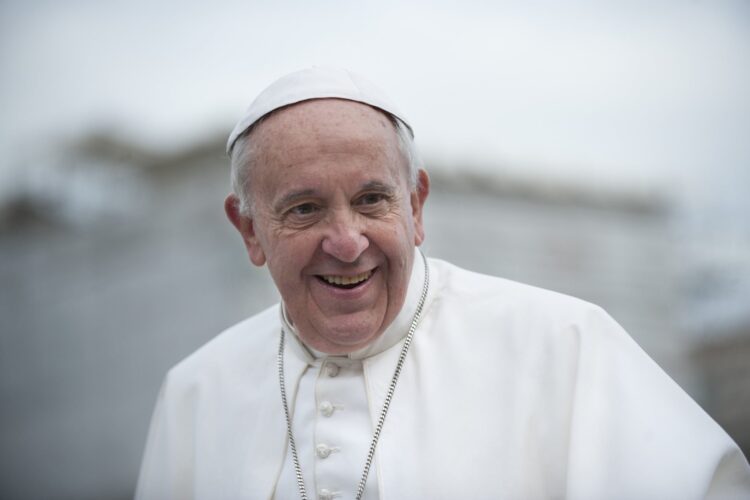 In what can only be viewed as an unbelievable story, it has been revealed that the Pope is actually not Catholic and he may be planning on converting to Islam.

Following his recent meeting with Palestinian leader Mahmoud Abbas, world leaders began to suspect something was ‘a bit off’ about Pope Francis when he pronounced Abbas an ‘an angel of peace’. He later bent down to kiss Abbas’ feet, before going in for what seemed like an awkward five-minute bromance hug.

One world leader, who declined to be identified, told The Israeli Daily; “Isn’t Abbas one of the dudes who organizes suicide bombings? Is Francis on the level or did the pope grow up near too many power lines?”

His Holiness later caused further confusion when he insisted on taking Mass in a highly non-traditional manner; he distributed prayer mats and led the crowd in leaning headfirst on the floor. It was, he told the crowd of devoted Catholics, “a revolutionary way of praying”.

Later, having forgotten to switch off his microphone, the world’s press picked up on the Pope telling Abbas, who was attending the Vatican to canonize two Palestinian Nuns: “Toss those nuns on the fire, it’s got a bit cold in here. Allahu Akbar.”

If true, the development will be a massive shock, changing the entire supposed answer to the age-old question, ‘is the Pope Catholic?’ infuriating douchebags everywhere.

Pope Francis was later rumored to have mentioned his upcoming trip to Syria to Abbas, and was seen through the Vatican window modeling an Arafat-style headdress, while sharpening what some members of the Paparazzi were sure was a big-ass scimitar.