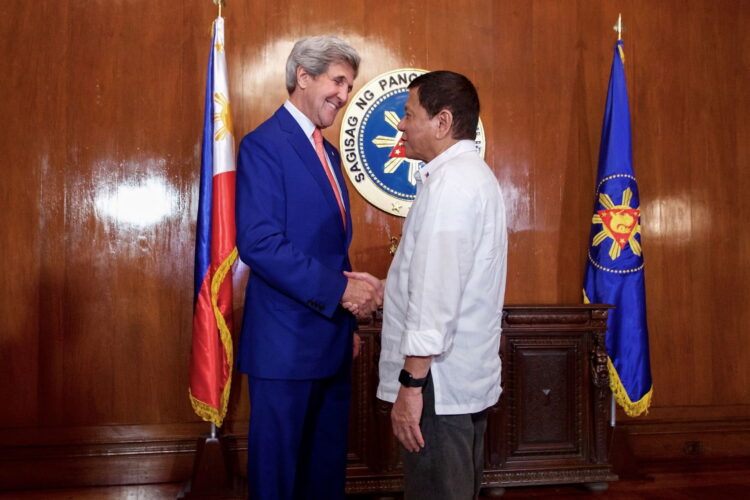 By U.S. Department of State from United States [Public domain], via Wikimedia Commons

Calling him a “role model for leaders throughout the Middle East,” the Arab League voted unanimously to award Philippine President Rodrigo Duterte an honorary position as a Middle Eastern dictator.

“From his commitment to extrajudicial killings and disregard for human rights to his honorable homophobia, Mr. Duterte upholds the values of the Arab world’s leadership as well as any of us,” the Arab League said in a statement. “Just as Martin Luther King inspired American children with his dream, Rodrigo Duterte’s ‘I don’t care about human rights’ speech will serve as a rallying cry for Middle Eastern leaders for generations to come.”

Former Iranian President Mahmoud Ahmadinejad praised Duterte for calling U.S. Ambassador Philip Goldberg a “gay son of a whore,” declaring that “if we had any gay people in Iran, I would totally use that same line on them.”

Though the Philippines is located far from the Middle East, Arab leaders from across the political spectrum praised Duterte’s support of media killings, noting that groups like Human Rights Watch and Amnesty International have also acknowledged the president’s use of vigilante death squads.