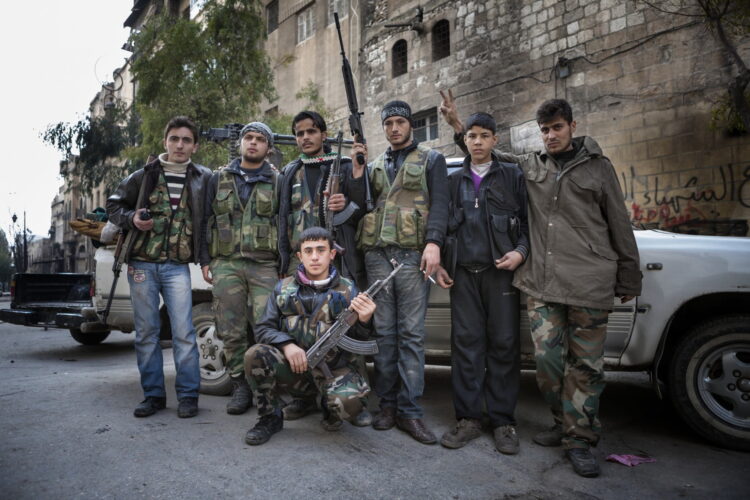 The Pentagon has recently revamped its military aid plans for Syrian rebels with a new program of simply air dropping boxes of weapons and training manuals into open fields. Washington decided it was time for this change of pace when they acknowledged the previous program was, in the highly polite words of one spokesman, “suboptimal”.

General Adam Owens director of the new program, code name ‘Mana From Heaven’ commented. “It seems that those leghorn hawks at the CIA have some problems with sorting out ‘the good rebels from the melon-slicers of the Levant’. So, we here at The Pentagon have decided to play to our strengths this time round with a focus on aerial bombardment, but of the fun kind.”

“The train-and-equip program wasn’t working out and weapons have been making their way into the black market. So we figured we’d just roll with the punches this time around,” he added.

“Instead of putting opposition leaders through a comprehensive train-and-equip program, we will be saving everyone a lot of time, effort and money by just air dropping weapons into a random field in Syria and hoping for the best. We will also be throwing in some footballs and BBQs in the hope that this just turns into a really cool Mideast tailgate party, and we assume that the Syrians will put up more of a fight than our team does against the Navy. #GoRebels! #BeatAssad!”