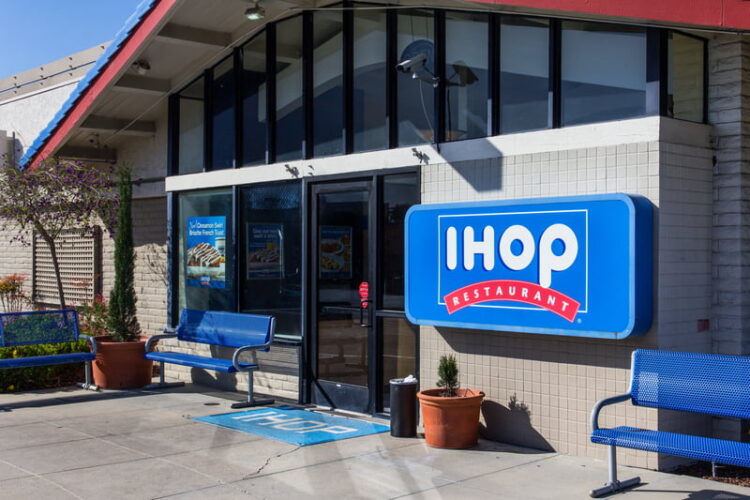 In another step forward in their search for international recognition, President Mahmoud Abbas today announced that Palestine has now been recognized by the International House of Pancakes. In a tense moment Mr Abbas and his party waited at the ‘Please Wait to be Served Sign’ at IHOP’s Ankeny, Iowa location. Assistant Manager, Aubree Chablis, then approached and guided his party to a booth.

“Aubree handled us with the sure diplomatic hand one expects from an international organization with more than 1,500 locations,” Mr Abbas announced as he drenched his short stack in boysenberry syrup. “This is an historic step forward.”

Asked if IHOP’s recognition might adversely effect its relationship with Israel, IHOP Chairman Mr Mo Lasses replied, “I see no reason why it should. We are, after all, an INTERNATIONAL House of Pancakes, conceived on the principle that mediocre breakfasts slathered in syrups composed mostly of corn syrup and artificial flavors are the right of every person, regardless of race or nationality.”

Prime Minister Netanyahu was quick to condemn the move. “We call on President Obama to pull all support from IHOP. Such unilateral actions jeopardize any possibility of peace.” Secretary of State Kerry, however, downplayed the incident. “John Kerry is more of a Denny’s man, IHOP is too cheap even to use Heinz, but Bibbi’s response is due to upcoming elections. And the President believes that President Abbas being seated does not constitutes any formal recognition. And the President is a huge Breakfast Sampler fan.”

Speaker John Bohener condemned this statement as a “betrayal of American values.” Senator Ted Cruz went further: “Can we tolerate these ‘international’ pancake houses in America? Wouldn’t American pancake houses better serve our nation’s breakfast needs? I call on the White House to act swiftly and determine whether these establishments serve our national interest or a cover for some darker UN conspiracy, about which we’ve heard nothing, but on which I will now freely speculate.”