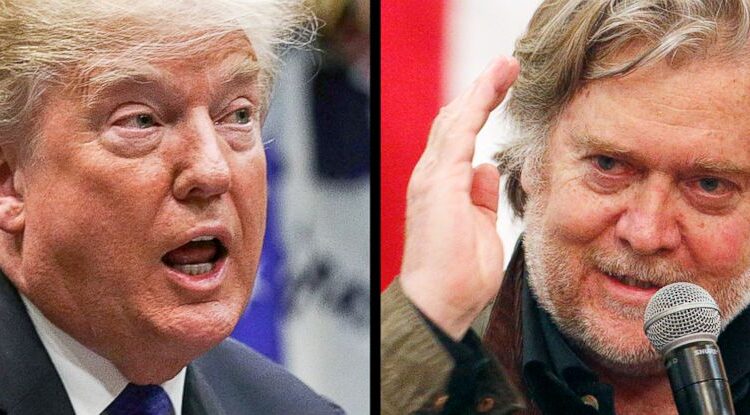 Describing the ongoing conflict between the US president and his former chief strategist as “unsustainable,” Palestinian leaders have called for peace talks between Donald Trump and Steve Bannon.

“With around-the-clock negotiations and compromise on tough issues, we believe a resolution to this seemingly intractable dispute is possible,” Palestinian President Mahmoud Abbas declared, adding emphatically, “We want this conflict to end!”

Abbas proposed two rounds of negotiations. The first would deal with issues seen as manageable, such as Russia, Roy Moore, and the direction of the conservative movement. Thornier subjects – including custody over Donald Trump Jr. – will be left for final status talks.

“Despite their differences of late, the two leaders share so much culturally, linguistically and historically,” Abbas said. “Plus, they both like getting blown by Steve Bannon.”

Both sides have resisted Abbas’s overtures. Trump said that he should not have to compromise, as Bannon had simply been an unwanted guest in his White House. Bannon countered that Trump would simply use talks to extract concessions.

“Have you seen the guy’s Twitter feed?” Bannon asked, referring to his former boss. “It is clear that he does not want peace.”