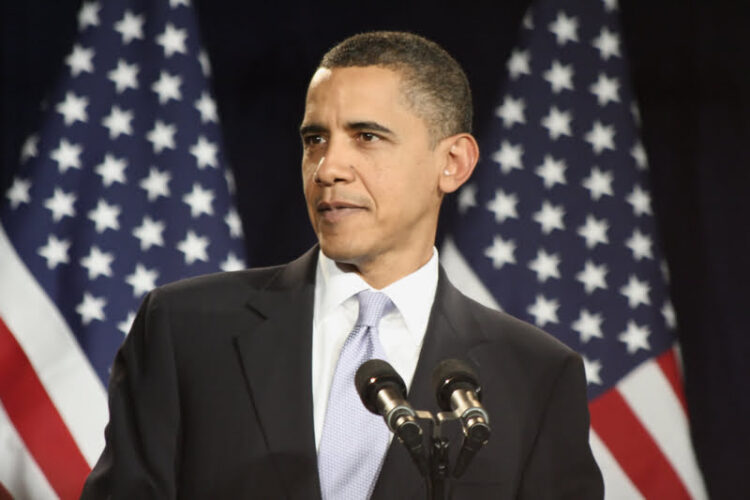 The Deputy White House Spokesman today announced that President Obama has cleared his schedule for a crash three-day conversion course to join the Jewish People. After a Monday Mikvah dip (an oddly pleasant Jewish bath ritual), Obama will immediately depart for a brief visit to Israel. Asked why Obama was making this unprecedented move, the spokesman appeared unsure. “Well, the President has always felt a deep connection with the Jewish People…you know that stuff they believe…and those fish ball stuff they eat with horseradish…filter fish or something? – he just can’t get enough.”

However after further questioning, the spokesman folded like a card table. “Okay, mostly he wants to be able to go to Israel and vote against Bibi. Yeah, things are really that bad.” As for how the President would meet Israel’s strict conversion rules, the White House explained that they have already recruited a trio of rabbis to oversee the process. “They’ve got beards. They’re from Brooklyn. We’re pretty sure it’ll all be fine.”

The White House spokesman wouldn’t comment on rumors that Mr. Obama planned to next week issue executive orders banning pork sales in America and mandating men and women drivers use separate highways. He did say that the President was very much most looking forward to, “At last, putting all that Muslim nonsense to rest.”

The spokesman also would not speculate on whether there was a link between the President’s upcoming conversion and rumors that John Boehner was rushing to distribute copies of Mein Kampf to the GOP caucus or FOX’s just announced expose, “Could Christian Blood Soon Be Served at the White House?”