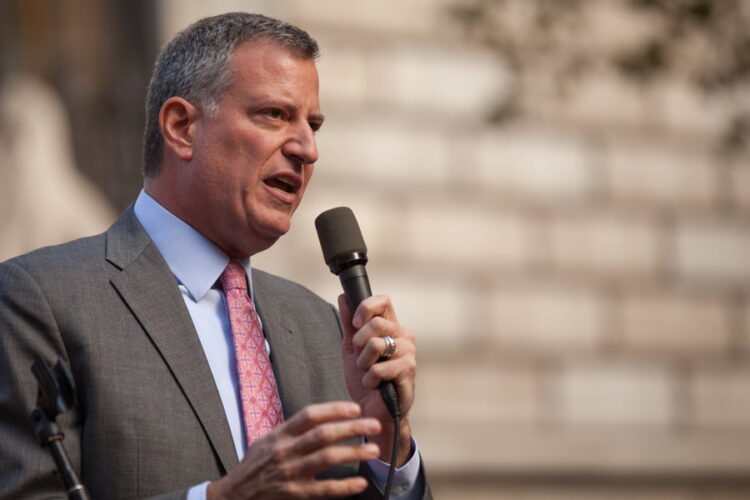 In an effort to revamp his city’s post-9/11 “See Something Say Something” campaign, New York Mayor Bill de Blasio has announced a fresh “See Something, Confront Your Unconscious Bias and Consider How the White Supremacist Patriarchy Has Shaped what is Considered Suspicious” initiative.

Posters with the new slogan will begin going up on billboards, trains and buses throughout the city, as de Blasio hopes to refocus threats of terrorism to spur New Yorkers to question their assumptions about Middle Eastern citizens. The city has also launched a terrorism hotline where people can report suspicious activity and operators will explain why it is actually not suspicious at all.

“One gentleman called to a report a Middle Eastern man boarding a bus with a loaded backpack and then getting off the bus without the bag,” one operator told The Mideast Beast. “I politely asked how the caller would feel if everyone tracked his every move on public transport, and whether he would even notice if a white man had left the backpack.”

“And as it turned out, he wasn’t a terrorist at all,” the operator added. “It was just a run-of-the-mill drug deal.”

In the next phase, De Blasio hopes to launch a crisis response team. Following a terrorist attack, these emergency responders would rush to the scene to remind victims that terrorism is a rare but understandable response to centuries of colonialism in the Middle East and that most political violence is committed by white males.