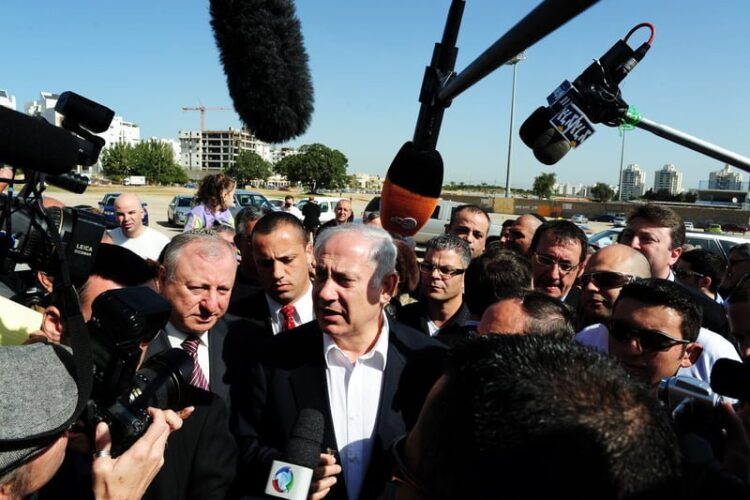 Days after Jerusalem Mayor Nir Barkat saw a dramatic rise in popularity after tackling a knife-wielding terrorist, Prime Minister Benjamin Netanyahu announced he has tackled the state comptroller just seconds before the official completed a report critical of the government’s economic policy.

Netanyahu, according to government sources, was doing a sweep of government offices Friday morning to collect empty bottles when he spotted State Comptroller Yosef Shapira in the act of publishing a devastating report on the country’s economic outlook for 2016. The Israeli Premier tackled Shapira to the ground just moments before he was able to hit ‘send’.

“I know many people will use the word ‘Hero’ to describe my actions today, and I suppose I can’t argue with them,” Netanyahu stated in a press release. “When I saw this terrorist about to harm the state with his malicious report, I didn’t even consider standing aside.”

While Yosef, who is recovering from a skin abrasion on his left shoulder, insisted he was simply doing his job and monitoring the government’s financial performance, the latest polls show that the tackle has boosted Netanyahu’s approval rating by several points. The newspaper Israel Hayom, funded by Netanyahu supporter Sheldon Adelson, called the tackle “the actions of a true leader” and accused Isaac Herzog, Netanyahu’s opponent in the upcoming election, of lacking the courage and conviction to tackle a state official.

Netanyahu now will depart for the United States, where he plans to seal electoral victory by tackling Vice President Joe Biden. 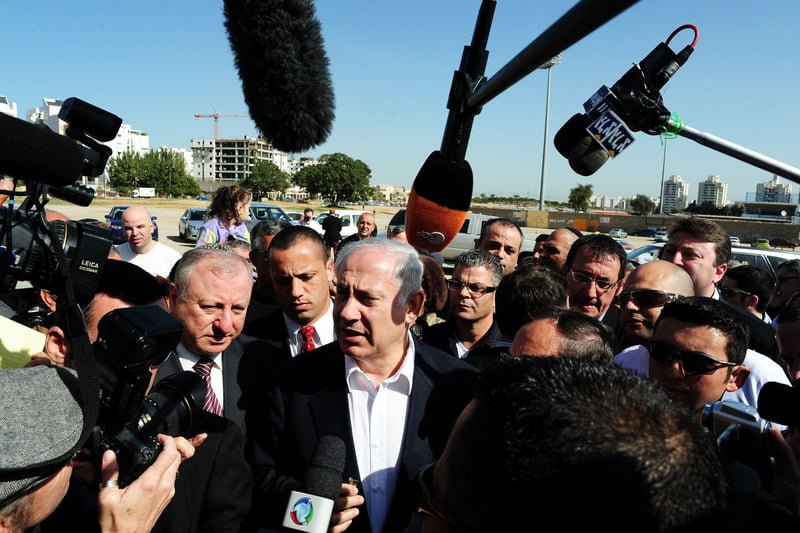