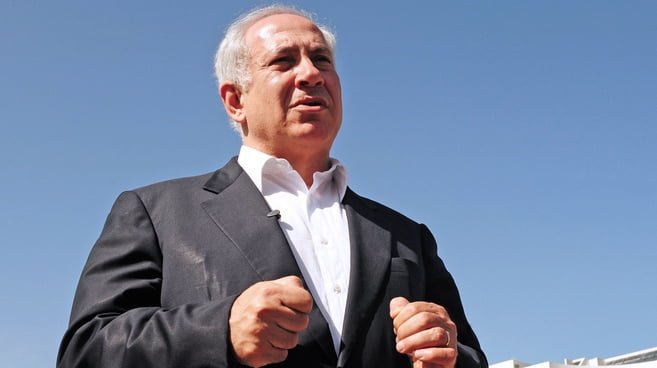 It’s election time in Israel again, and Benjamin Netanyahu is hoping to replicate the recent US elections, where only a third of the electorate participated. Netanyahu’s political advisors are white boarding strategies to replicate the same voter apathy in Israel, an apparent silver-bullet for winning elections for conservatives.

“We currently get about 70% voter participation,” Netanyahu said. “That’s way too high. Israel attracts voters from across the political spectrum, and that’s our problem. Most Americans seem to have just given up, and we hope to replicate that here in Israel.”

An advisor to Netanyahu elaborated on the new strategy. “Conservatives never have a problem with getting bat-shit-crazies out to the polls. Where we have our work cut out for us is getting everyone else so fed up with government they just say, ‘aw, fuck it’ on Election Day.”

In addition to the tried and true measures, such as implementing over-the-top policies for ‘security reasons’, Netanyahu is commissioning an advisory committee to understand the root causes behind the American apathy. They’ll then take those conclusions and try to implement them back in Israel.

“We’re seeing encouraging results suggesting an inverse correlation between obesity and voter activity,” an advisor stated. “Apparently Americans are just too lazy to get off the couch, so of course we’re looking at ways we can arbitrarily add high fructose corn syrup and trans fat into our everyday foods. We’re also seeing studies that suggest reality TV shows really dumb down an electorate, so we’re rolling out ‘Real Housewives of Jerusalem’ in the next few weeks.”