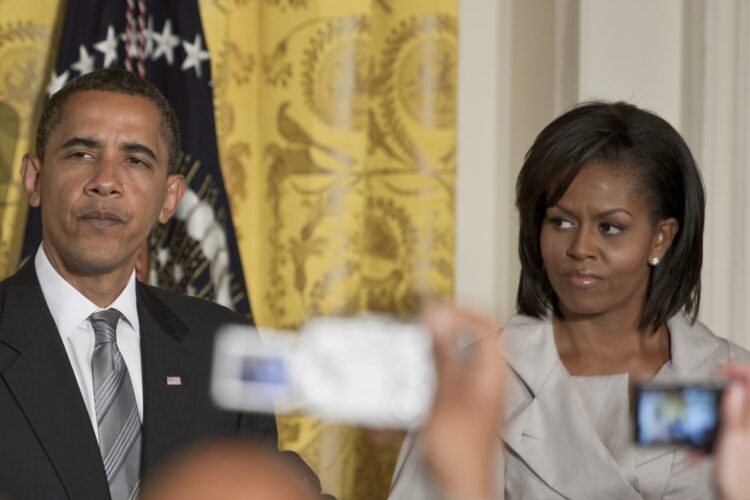 New revelations are surfacing ahead of the upcoming publication of the memoirs of former Israeli ambassador to the US, Michael Oren. The book, titled “Ally – watch me reveal shit I’m not supposed to”, is chock full of anecdotes, vignettes, clichés and other French words we don’t fully comprehend. Among the stories coming to light in Oren’s book is a hitherto-unknown fact about Michelle Obama. According to Oren, who cites obscure sources in Wyoming, the First Lady is in fact not an African-American as many had assumed, but rather a middle-aged Caucasian woman who grew up raising wheat in Nebraska. In what can only be described as a gargantuan transformation, she has been applying massive amounts of make up in order to pass for an African-American. Hints of this fact appeared when the President once referred to her as “my white wife” and on another occasion as “that whitie, Michelle”. Another surprising revelation in Oren’s book is that the President cannot shoot a basketball if his life depended on it.

On one occasion when Oren visited the White House, the two played a game of one-on-one. Oren dared President Obama and said: “let’s pretend your life depends on the next shot”. Obama then “rolled the ball as if in a bowling alley” according to Oren, missing the hoop by thirty feet. Luckily, the President’s life did not depend on that shot. Michael Oren is now working on his next book, “New Jersey? New Russia!” in which he debunks the myth that New Jersey is in the United States, and proves that it is in Eastern Siberia.