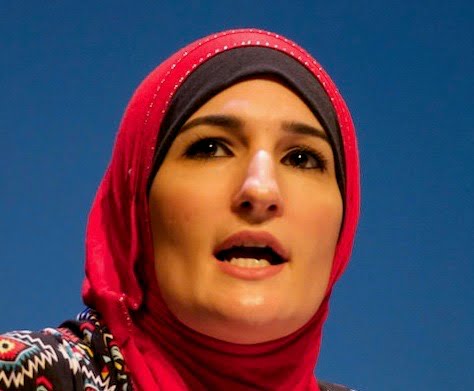 By Festival of Faiths from Louisville, United States [CC BY 2.0 (http://creativecommons.org/licenses/by/2.0)], via Wikimedia Commons

Following the Pride Parade in Tel Aviv this past weekend, many groups and activists condemned Israel for its policy of ‘Pinkwashing’ and congratulated Muslim countries for their continuing oppression of women, minorities, and the LGBTQ+ community. ‘Pinkwashing’ is the accusation that Israel uses its open and inclusive society to cover up alleged abuses against Palestinians.

Linda Sarsour – a woman wearing a look as if she knows what you did last summer and equally condemns you for it and wonders why you didn’t invite her – decried Israel’s practice of allowing LGTBQ+ people to live openly asking, “What’s the point of being able to live without fear of persecution if it doesn’t advance my specific political view?”

Israel’s Middle East neighbors welcomed such condemnations as rightly pointing out that it is completely ridiculous to even try to offer everyone equal rights and that any such attempt was just a cover-up. A Hamas representative interviewed by The Mideast Beast said: “Hamas is happy to offer a safe space so close to Israel where gays, lesbians, and women can be persecuted without fear of equality”.

In a now deleted Tweet, Sarsour congratulated these countries for their honesty and integrity in their beliefs that all people should be persecuted equally from the safety and comfort of New York City.