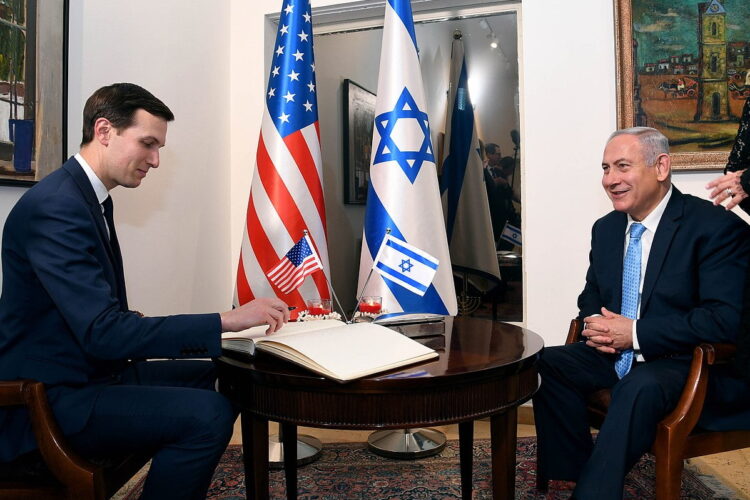 Scrambling to meet the deadline set by the White House, Jared Kushner has laid out a new 6+1 plan solution for Israel/Palestine inspired  by marathoning the final season of Game of Thrones. The plan, explained Kushner, includes unifying all six kingdoms of ancient Israel as one state while giving independence to the ‘North’. It is unclear what Kushner means by the six kingdoms, but he presumably decided to call the Golan Heights ‘The North’.

Kushner was initially chosen to find a peace plan for the region due to his expertise at being related to the President. He admitted he had been reluctant to watch the show as he was scared the amount of incest present might inspire his wife and father-in-law.

Upon meeting with foreign policy officials Kushner explained his plan in details. “First, we have to make me into a midget for the negotiations. People respect midgets. Then we need to burn Netanyahu and stab Abbas. Trust me on this. Finally, we will just get a kid in a wheelchair to become ruler. They have loads of those there. And we’ll just give The North to Ivanka or something.” When reached for comment, a White House Spokesman said that they have launched an investigation into why a deadline was set for Kushner, since the administration has never done this.

“This is bullshit,” said a resident of West Bank (which Kushner refers to as Westeros). “I knew this guy was gonna pull something like this since he kept calling me Jaime Lannister because I’m missing an arm.” Bran Stark, who is currently ‘warging’ as national security advisor Bolton claimed he will do something about this. But he probably won’t.