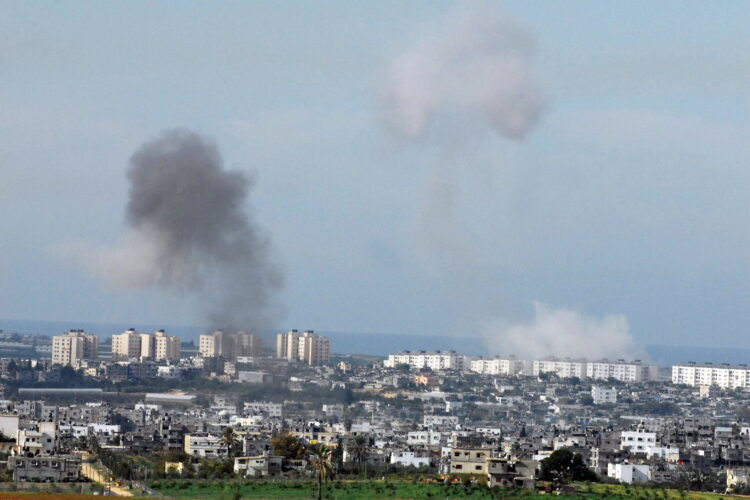 In a surprise intervention into the Brexit debate ahead of Britain’s expected departure from the European Union, senior Israeli and Palestinian officials have come out in support of a No Deal scenario.

“Everyone talks about how a No Deal is such a terrible idea, but not having a recognized treaty or agreement is really not all that bad”, said one Israeli official. “We haven’t had a deal with the Palestinians or most of our neighbors in the Middle East since, well, forever. And it’s been chill. Apart from the periodic wars, rocket attacks, stabbings and demonization in international forums, of course. But generally, pretty chill.”

A Palestinian official concurred, saying “I hate to agree with the Israelis, but they’re right. Don’t bother with a deal. Sure, we’ve been waiting decades for our own country and have suffered the indignities of conflict and trade restrictions for even longer. But, honestly, I wouldn’t read too much into that. Not having a deal is basically the definition of the Middle East, kinda the default option. No reason that shouldn’t be emulated in Europe.”

Meanwhile, it is understood that, in entirely unrelated news, the British government is now pursuing a deal with the European Union in greater earnest than usual.