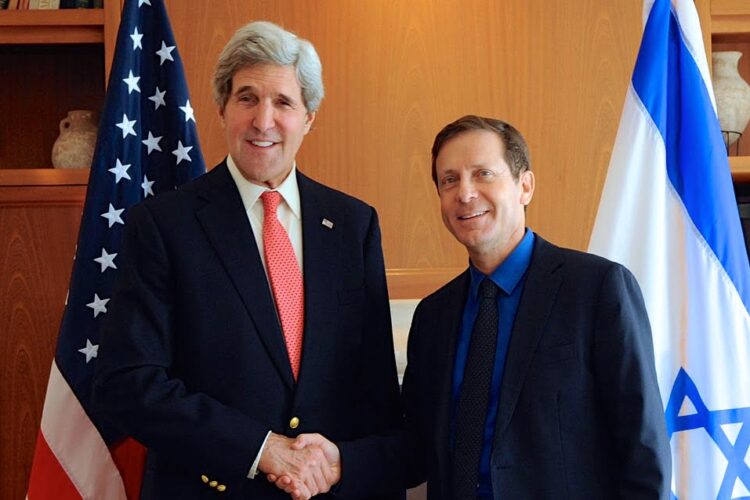 Leader of the Israeli Left, Isaac Herzog, and some other guy, by U.S. Department of State from United States [Public domain], via Wikimedia Commons

Panic overtook Jerusalem today as a black hole formed in central Israel. The event was caused by the continued accumulation of guilt by the Israeli left, until their shame became so dense that it collapsed in on itself, creating a singularity.

Having been described as “being ashamed of their own existence,” the Left Wing have long been criticized for ignoring the realities of the Israeli-Palestinian conflict, choosing instead to dwell on the guilt of crimes, real and/or imaginary, against the Palestinians. The Israeli Left maintains that such claims are Israeli propaganda designed to harm the Palestinians.

The black hole has endangered thousands of people, and the Israeli government is now scrambling to find a solution, without any luck thus far. The Mideast Beast approached a source inside the Israeli Left, and inquired as to the group’s feeling about the space-time alteration. The source expressed, “Deep guilt at the thought that the black hole could harm innocent Palestinians. Israeli’s getting drawn in might not be such a bad thing, as long as Palestinians could take their rightful place in replacing them. It’s also good because even light produced by Zionist light bulbs can’t escape. Eventually, maybe Palestinian light can take its place.”

The black hole has been described by astronomers as being so dense with Left Wing guilt that neither reason nor reality can escape.