ISIS Leader: ‘Nobody Knew Reestablishing the Caliphate Could Be So Complicated’ 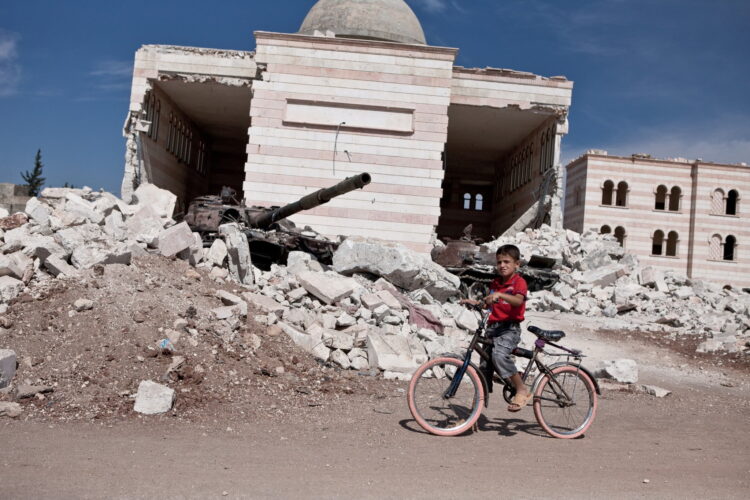 © Hunterbracewell | Dreamstime.com - A Syrian Boy On Bike Outside Of The Damaged Mosque In Azaz, Syria. Photo

After years of promising to unite the Muslim world in an Islamic State in Iraq and Syria, ISIS leader Abu Bakr al-Baghdadi admitted this week that he had no idea how difficult establishing, maintaining and then pretty much losing a utopian civilization based on the model of Muhammed and his rightly-guided successors would be.

“Now, I have to tell you, running a state based on the guidance of a 1,500-year-old text is really, really tough,” al-Baghdadi said. “It’s an unbelievably complex subject,” he added. “Nobody knew a caliphate could be so complicated but I assure my followers that this will be my main focus in the upcoming year or so.”

When al-Baghdadi took over as caliph, he assumed that those who had failed to establish a perfect society governed by the Quran were simply corrupt and incompetent. But upon taking office, he discovered many of the issues facing the Muslim world didn’t have easy solutions.

“It turns out religious texts really aren’t suited for use as a modern legal code. A lot of stuff in there just doesn’t make sense,” the caliph complained. “Yesterday I had to behead a guy for playing Pokémon Go. Even I don’t understand these laws sometimes, and no one knows laws like I do.”

Al-Baghdadi, however, stopped short of taking responsibility for the promises he made when he restored the caliphate.

“I blame the Zionist media,” he said. “Why didn’t they warn me that it was going to be so complicated?”