Hamas Transgender Queen Wins Eurovision with” We Will, We Will Rocket You” 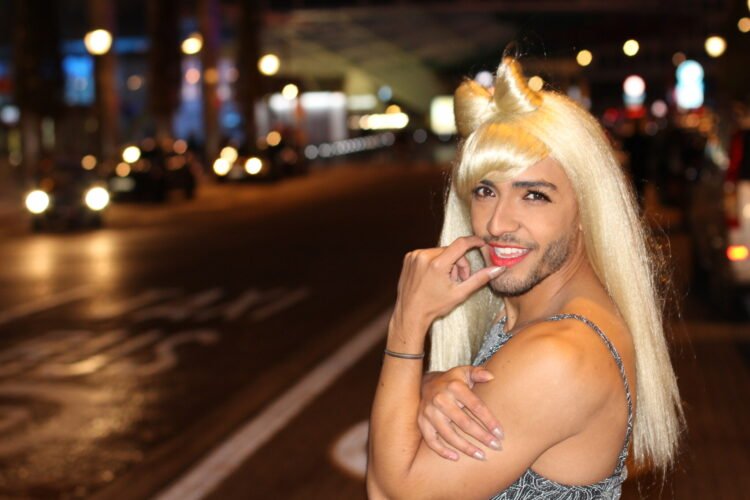 The Hamas transgender queen Latiffah Jihad surprisingly won the Eurovision song contest with the romantic hit “We will rocket you.”

A visibly moved and slightly drug intoxicated Jihad, thanked her fans and supporters from a Dutch halal coffeeshop.

“Good evening Europe! Salam Aleikum Eurabia! Thank you for supporting Gaza and choosing rocket love over racist Zionist rocket phobia. I want to thank my generous Iranian ayatollah sponsors who made this special evening possible. I also want to thank my loving mother and father who taught me the importance of properly tucking in your favorite Kalashnikov. Inshallah, see you next year in beautiful Gaza, the liberal Amsterdam of the Middle East.”

“We will rocket you is a wonderful lyric mix of ABBA nostalgia spiced with lovely Arabian Nights traditions. Just like Stockholm, London and Paris, Gaza is an inseparable part of Europe’s diverse future.”

“Before the hooked-nosed Zionists attacked our peaceful rockets, Gaza City was known as the progressive San Francisco of the Middle East. Gays have always enjoyed prominently elevated positions in our liberal society, usually from rainbow-colored cranes. We are very welcoming to everyone, except of course transgender folks, Jews, Christians, feminists, real human rights activists and other weird creatures. Just like San Francisco is proud of its Golden Gate Bridge, Hamas is proud of its subterranean coexistence tunnels into the fake Zionist entity.”