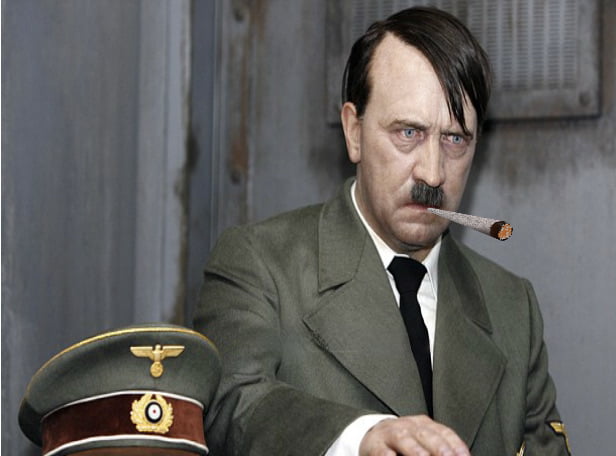 The French government has absolved former German Fuhrer Adolf Hitler of his role in launching World War II and the Holocaust after learning that the Nazi leader had smoked cannabis before hatching his plan for genocide and world domination.

Under French law, a perpetrator who commits an anti-Semitic act, no matter how barbaric, cannot be held responsible if he or she has ever smoked marijuana in their lives. The law recently helped Kobili Traoré, who admitted to murdering a 65-year-old Jewish French woman by throwing her off a balcony while yelling “Allahu Akbar,” avoid prison.

“Can we really blame Mr. Traoré or Mr. Hitler for their actions when they were under the influence of a powerful narcotic like marijuana?” France’s Court of Cassation Supreme Court of Appeals stated in its ruling. “Who among us has never tried to throw an old Jewish woman off a balcony or lead a genocide after taking a couple of bong hits?”