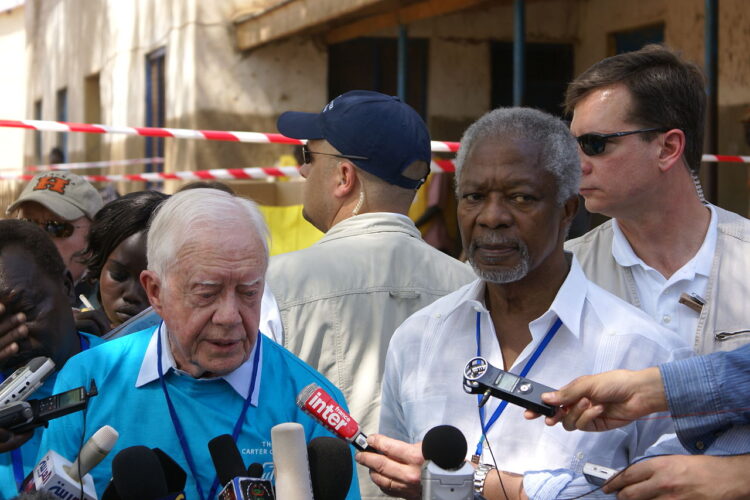 A Fox News Poll published today will confirm that the 39th President of the United States is a greater danger to the American way of life than the psychopaths of the Islamic State.

Carter, raised on a Communist peanut commune, was a draft dodger (before there was a draft), and hid out on nuclear submarines, probably in an attempt to sell secrets to the USSR. In 1952 he engineered the partial melt down of the Chalk River Reactor just to get the opportunity to be lowered into it on the pretence of repairing it, but in reality sending pictures to the Chinese.

He used his single term in office to undermine the national way of life through such radical measures as creating the Department of Education and establishing a national energy policy. He later attempted to undermine Western Democracy through the Camp David Accords, Panama Canal Treaty and Strategic Arms Limitation Talks.

Since being ousted from office, he has gone on to destabilise world freedom by establishing The Carter Center, which allegedly works to eradicate Guinea worm disease (which is clearly made up) and schistosomiasis (which no right-minded person can even spell). His links with North Korea are well documented, even using decent US citizens like Aijalon Mahli Gomes, as an excuse to visit the country.

And clearly he hates Jews and Israel.

The Islamic State just wants to bathe the Middle East in blood, destroy all traces of any other civilisation and murder all Jews, Yazidis, Christians, and Muslims that don’t look like they do in a mirror. When comparing IS to Carter, no contest really.