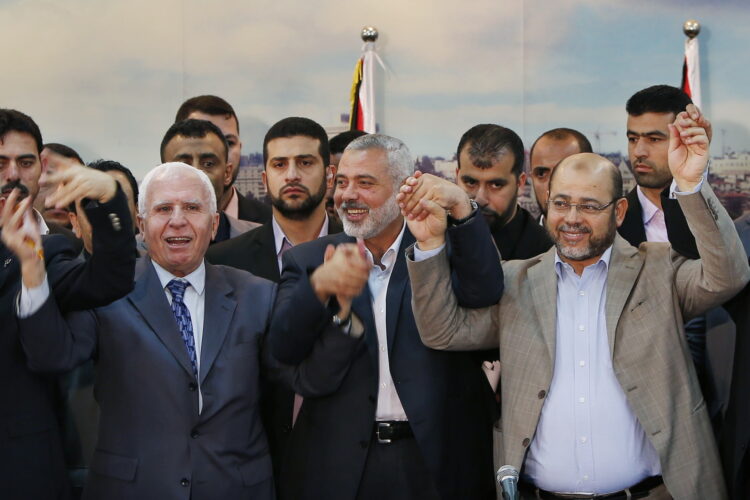 Couple’s therapy was responsible for the reconciliation of the two dominant Palestinian factions, Fatah and Hamas, The Mideast Beast can reveal.

Egyptian President el-Sisi lured Mahmoud Abbas, the Chairman of Fatah, and Ismail Haniyeh, the Chief of the Political Bureau of Hamas, to a luxury spa in Cairo with the promise of a “well-deserved holiday”. They were both shocked to see their counterparts turn up.

The initial anger subsided into sweet nothings, and then came the serious introspection, facilitated by a leading Egyptian marriage counselor. Abbas went first, complaining that his partner never made the bed. Haniya responded that Abbas always left the toilet seat up. Gradually, however, progress was made and they got into the underlying problems. Abbas claimed that Haniyeh was abusive, citing the 2006 Civil War, while Haniyeh fought off the tears as he accused the Fatah leader of “unfaithfulness with the Zionist entity”.

The two men were seen leaving the spa holding hands. They later released a joint statement to the press: “It’s been rocky, and we were unsure. But we’ve decided to stay together for the kids. So basically, when they leave for college we’ll be back at each other throats.” 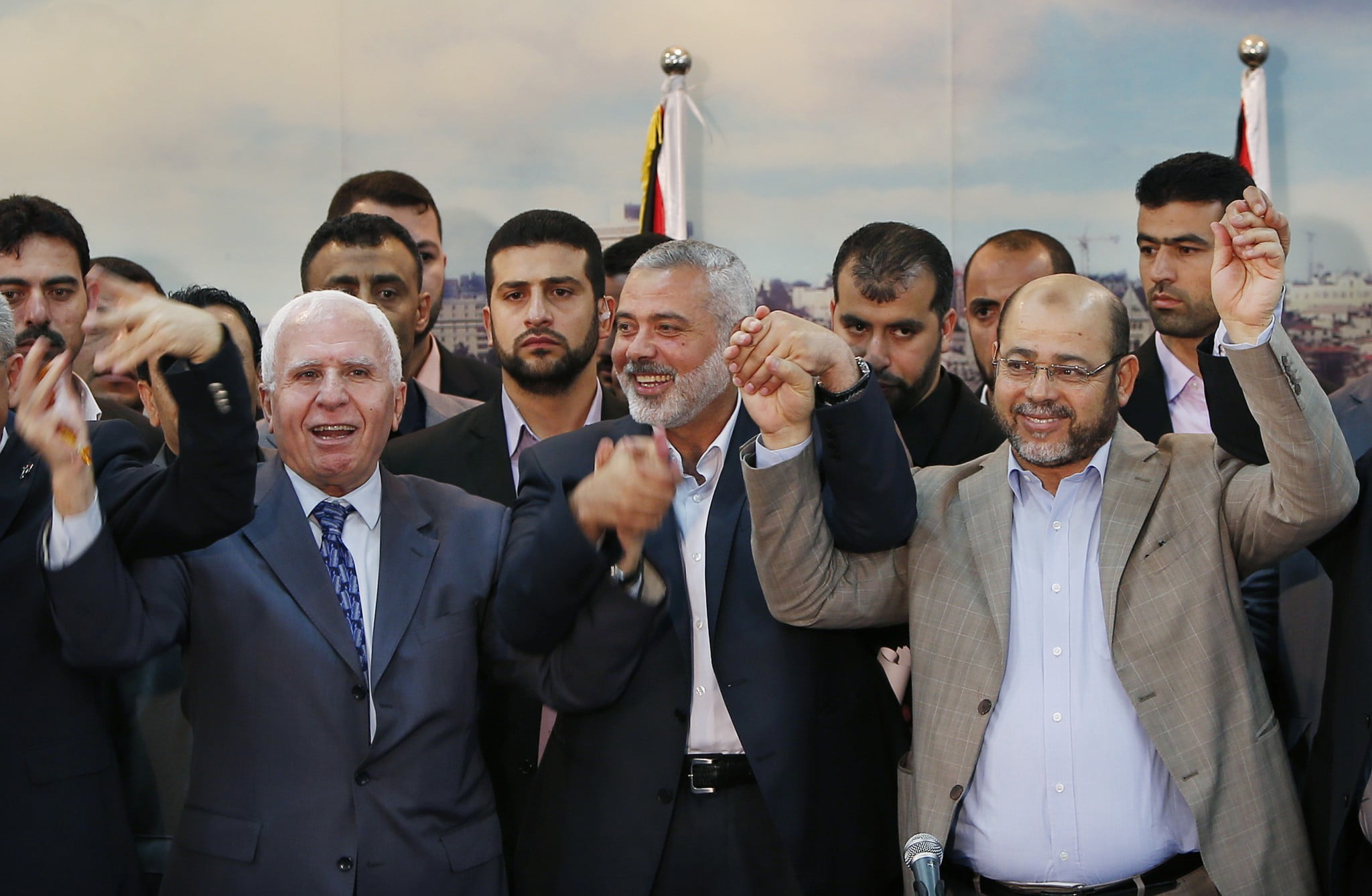