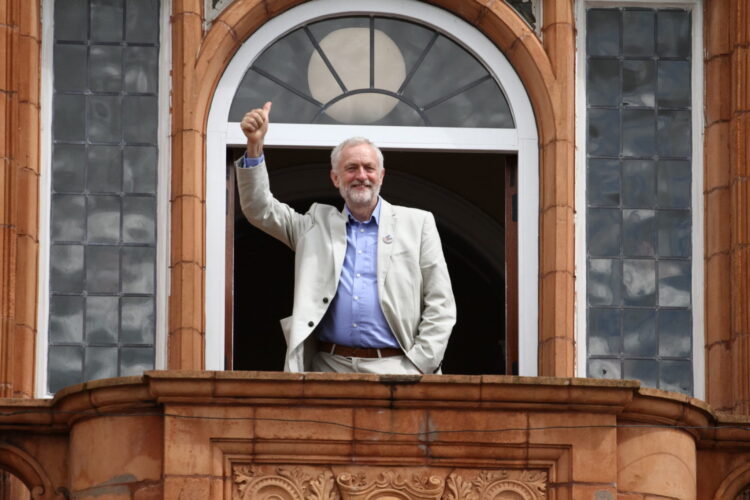 UK Labour leader Jeremy Corbyn is facing criticism once again, this time after it was revealed that the opposition leader used a military submarine to lay a wreath on Osama bin Laden’s grave at the bottom of the Arabian Sea.

The controversy surfaced after video emerged of Corbyn – who previously called bin Laden’s death a tragedy– exiting the submarine in full scuba gear with a wreath and placing it on the spot where bin Laden was dropped into the sea on May 2, 2011.

Corbyn – already under fire for laying a wreath on the grave of the terrorists behind the murder of 11 Israeli Olympians at the 1972 Munich Olympics – acknowledged that he was present at bin Laden’s wreath-laying but would not comment on whether he participated.

“I mean, yea, I took a submarine to the spot in the Arabian Sea where I believe that the martyr, I mean bin Laden, was buried,” Corbyn told The Mideast Beast. “But I honestly don’t remember whether I actually placed the wreath on his grave site or simply cheered while I watched someone else do it.”

Despite his longstanding loyalty to bin Laden, Corbyn made clear that the pair had their differences as well.

“I absolutely do not agree with bin Laden on every single political issue,” Corbyn stated. “Only the stuff about the Jews.”