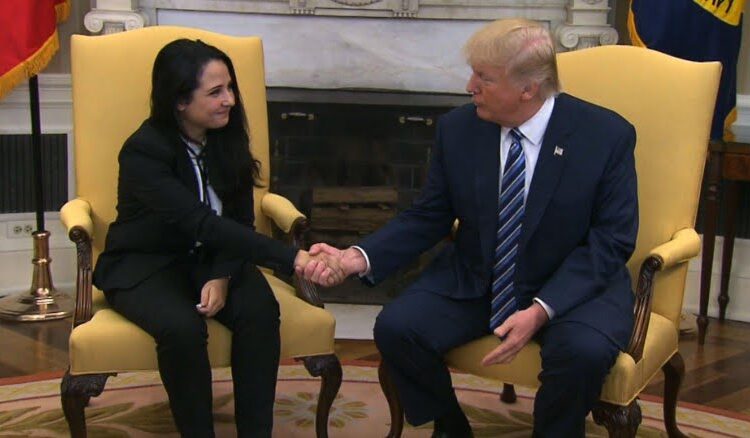 Image of Aya Hijazi from CNN. Found at: http://cnn.it/2p5GBBR

After nearly three years in an Egyptian prison, charity worker Aya Hijazi, touched down in Washington this week and asked, “So did I miss anything important?”

She was welcomed to the White House where she was surprised to be introduced to celebrity billionaire Mr. Donald Trump, who she assumed was there for a party to celebrate Daytime Emmy winners or perhaps to get roasted again at the Correspondence Dinner

They were thirty minutes into a stilted conversation about how the chocolate cake at Mar-a-Lago is the best in the world and how it’s easy to confuse Syria with Iraq before Ms. Hijazi wondered aloud when the President would be joining them.

There followed an awkward silence…. 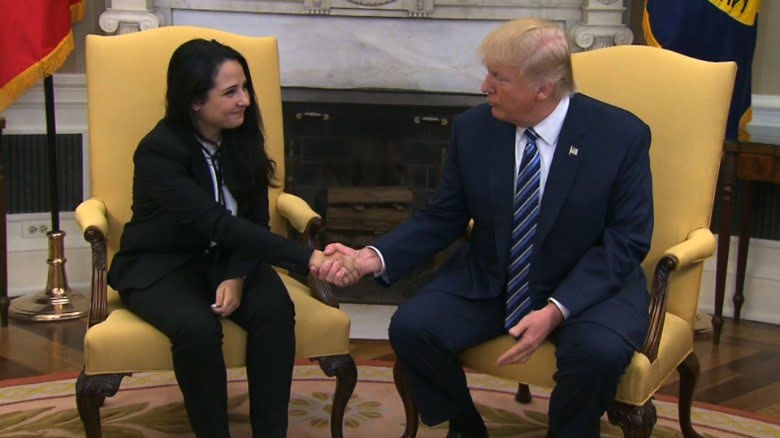