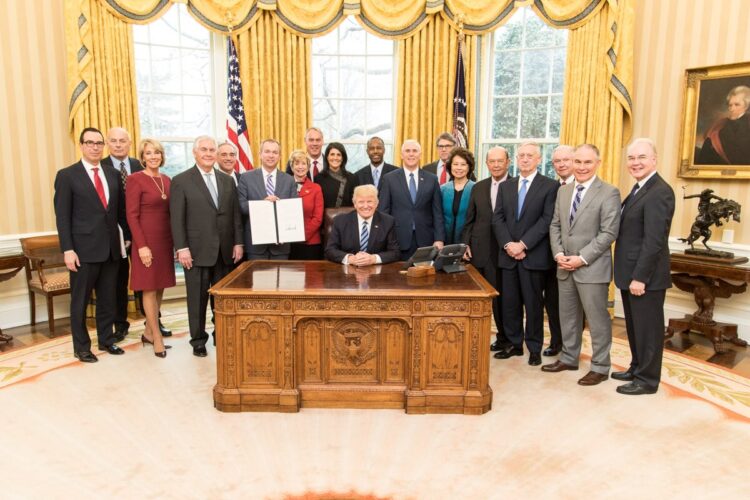 By Office of the President of the United States (@realDonaldTrump on Twitter) [Public domain], via Wikimedia Commons

Promising to return it promptly whenever the US needs it back, a number of Middle Eastern countries have asked President Trump if they can borrow the US Constitution “since you guys clearly aren’t using it right now.”

“I read the American Constitution, and it actually isn’t bad,” said one Saudi citizen. “It’s all about the rights of the people, and checks and balances. And there’s nothing about beheading infidels or forcing women to stay at home.”

He added, “I’m not sure why they stopped using it, but we’d love to try it out in the meantime.”

His sentiment was echoed by a Turkish citizen, who noted that the American Constitution lays out a comprehensive system of government and unassailable human rights while the newly-passed Turkish constitution is simply the words “I ❤ Erdogan” written thousands of times.

Reached by The Mideast Beast, President Trump said he was surprised by the outreach.

“All this time, I had no idea we had a Constitution. I always thought that Khan guy was holding up a Quran, at least that’s what Steve told me,” Trump noted.