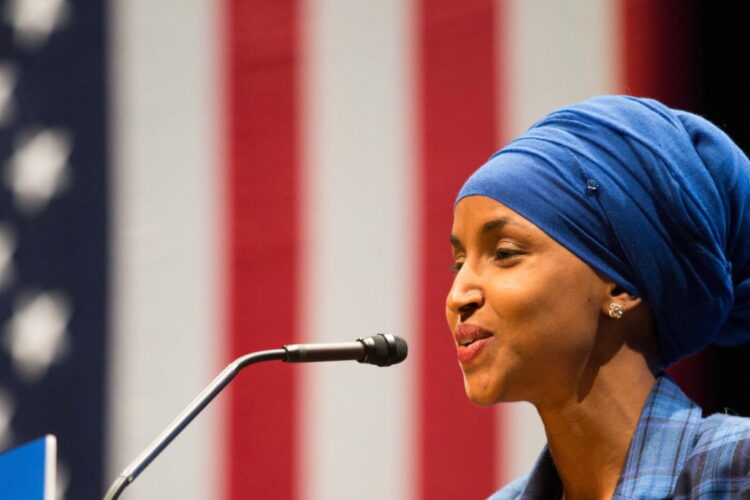 In a major breakthrough, a large majority of Americans are now comfortable with Muslims in public life after learning that Muslim politicians also pretend to be devout while cheating on their spouse with a colleague.

The shift in public opinion occurred after Ilhan Omar, the first Muslim Congresswoman to wear a headscarf, was accused of cheating on her husband with a married political strategist who had worked on her campaign. Voters said that they were greatly relieved to learn that Muslims also claim to be religious to win votes while ignoring the moral requirements of their religion, just like Christians, Jews and Scientologists.

“I used to think that Omar was un-American because she had a funny name, worshipped Allah and wore that thing on her head,” one Ohio Republican told The Mideast Beast. “But claiming to be devoted to God when you run for office and then banging someone else while your partner is away is as American as apple pie, baseball, or Jesus.”

Support for Omar has been surprisingly bipartisan, with former senator John Edwards, Governor Mark Sanford and President Bill Clinton among the hundreds of US politicians coming to her defense.

“If you’re a Muslim, it probably means you hate America and want to fly planes into our buildings or something,” former House Speaker Newt Gingrich explained. “But if you pretend to be a Muslim to get into office, then use your position to nail a hot young political consultant, you might as well bleed red, white and blue.”

Her popularity only surged when it was discovered that she had paid her new boyfriend hundreds of thousands of dollars in campaign funding while carrying on the affair.

“The only thing more American than paying for sex is paying for sex with someone else’s money,” former New York Governor Eliot Spitzer and Senator David Vitter said in a joint statement.