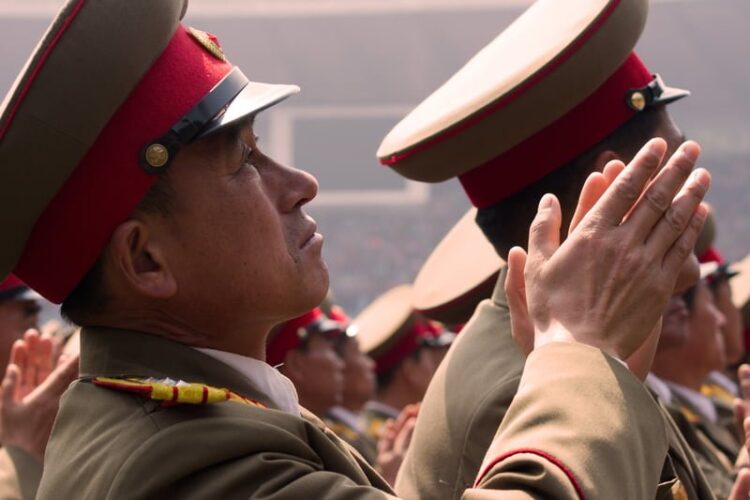 “In the interest of the safety and welfare of our moviegoers, all films will now begin with a quick video praising Mr. Kim and his enlightened rule,” said a spokesman for Sony Pictures, adding that the 45-minute video would include a montage of various American historical figures bowing down before the North Korean dictator. “In addition, all references to God have been dubbed over to instead say ‘Our Dear Supreme Leader.’”

The film industry was not the only one impacted by the threats. At Wednesday night’s basketball game between the Orlando Magic and the Boston Celtics, the Star Spangled Banner was replaced with the North Korean national anthem, “Thank you, Supreme Leader, for Inventing Sunshine.” ESPN’s 9 p.m. SportsCenter, meanwhile, was devoted in its entirety to Mr. Kim’s athletic achievements following an anonymous message threatening to release unicorns inside the network’s Bristol offices.

“At first we were going to ignore it,” said one ESPN executive. “But a follow-up message clarified that they would be ‘evil’ unicorns. We just couldn’t take that chance.”

“For decades, my regime has built, trained and funded an elaborate international network of terrorist organizations armed to the tooth in order to inflict pain on America and its allies,” an incredulous Khamenei told The Israeli Daily. “Now I learn that all I needed to do to bring The Great Satan to its knees was to make a few vague, outlandish and not-at-all-credible threatening statements? I feel like I’ve been cheated.”