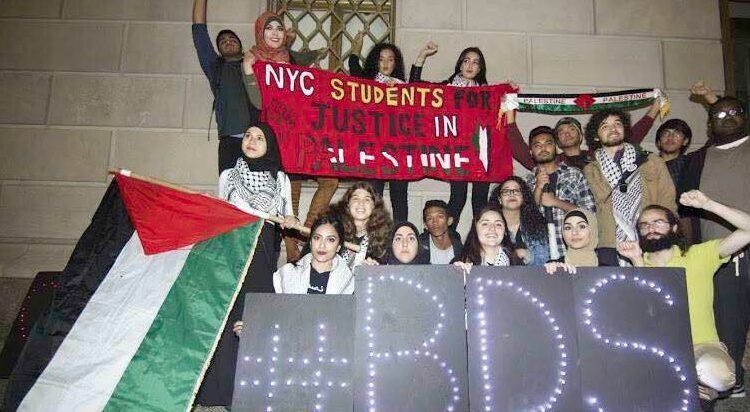 Image from The Forward in "Pro-Palestinian Group Vindicated of Anti-Semitism Charges After CUNY Probe" at http://bit.ly/2cLqJft

Amidst rising controversies on US campuses over the Israeli-Palestinian conflict, Students for Justice in Palestine is outreaching to its diverse students by hosting their second annual “Israel, Palestine, and Occupation Forum” this coming Friday night.

Members of all faiths are welcome to participate to promote easing tensions between Christians, Jews, and Muslims by discussing modern events in Israel. Snacks and beverages will be provided followed by a PowerPoint presentation on the history of the conflict from scholars at Al Jazeera and The New York Times.

When asked about low participation from Jewish students during last year’s event spokespeople from the group shrugged without comment. SJP leadership says reaching out to Jewish students has always been difficult for the organization. “Perhaps comparing Zionists to those who butchered them in World War II isn’t as ‘woke’ as we thought. We are also considering lifting the ban on the Star of David at our events.”

The event will conclude Saturday night with an arts and crafts activity where participants will design a new logo for the Palestinian Front for the Liberation of Palestine (PFLP). The winner will receive a free trip to Jordan to have lunch with Rasmea Odeh. “Some are critical of our so-called ‘virtue signaling’ over the conflict but if Jews don’t participate actively I guess it’s up to us to narrate the entire discourse and define antisemitism as we see fit”, said SJP organizer Alex, a gender studies major who became educated about the conflict after viewing several informative memes on Facebook.