Sisi to Trump: “Improve as Dictator or You’re out of Our Club” 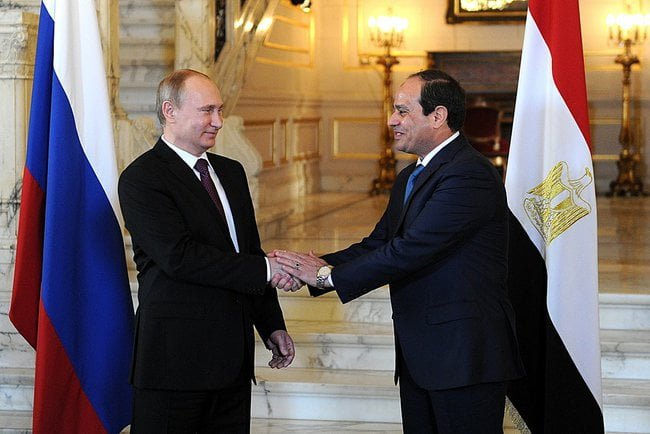 After firing his FBI director, potentially leaking classified information to the Russians, and repeatedly being pilloried for his incompetence by the US and global press, the Egyptian President, and former military coup leader, Abdel Fattah el-Sisi, expressed concern today at what he calls the “abject failure of US President Trump’s attempts at being an effective dictator.” In an announcement to the Egyptian state media, Mr. Sisi called on Mr. Trump to “up his game,” lest he is excluded from future dictator club meetings.

“To be an effective leader, you need to throw journalists in jail, kill and torture your opponents, and intimidate the public into approving you for it,” declared Mr. Sisi, “I had a 91% approval rating last year! And, you, Mr. Trump, had a 36% approval rating in a recent poll. SAD”!

“To be authoritarian today, you need to be a winner. When I see your so-called ‘free press’ bashing you, the President, it is clear that you are no longer ‘winning.’ The Egyptian people stand for strong, effective rulers who control their media, not those who freely allow two-bit internet satirists and treasonous late night talk show hosts to mercilessly mock you”!

“Overall, I am troubled by your inability to be an effective dictator. Until things improve, I will deny you invites to the quarterly golf outing I attend with Vladimir, Recep, and Bashar. And I know how badly you want to play with us since we’ve all seen you practicing every weekend.”