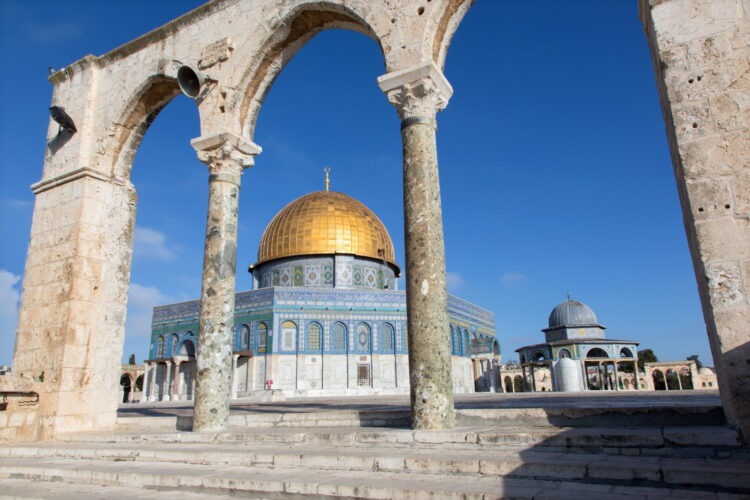 As tensions rise in Jerusalem over Israel’s decision to increase security measures at the Temple Mount, one of Islam’s most sacred places, Prophet Muhammed breaks His silence as His patience began to wear thin.  It’s been a long time since anyone has heard from the Prophet, and the leader of Islam hopes that every one of his followers will take heed and listen.

“I do not want weapons of any kind on, in, or anywhere near the Temple Mount, am I making myself clear,” said a visibly angry Prophet, “it is a holy site, a place to worship, have you lost your fucking minds!”

Later in the statement, the founder of Islam took responsibility, admitting that he has probably been a little too relaxed about Jihadism, basically allowing terrorists to do pretty much anything they want.  “Every religion has extremists and let’s be honest, killing in the name of God is one of humanity’s all-time favorite past-times. I just took a backseat approach, figuring they’d end up being annihilated by my true followers or maybe even killing themselves off, like those crazy Christians in Jonestown.  Clearly, I was wrong and should have intervened a bit sooner. Who would’ve thought that they would commit murder at one of the holiest places to pray to me and my boss? I’m just flabbergasted; I guess it’s time to put my foot down.”

In a surprising shoutout in support of Israel’s decision, Muhammed ended his statement by scolding the Muslims for not thinking of using metal detectors in the first place, and that maybe they could learn something from the Jews who don’t want anyone murdered, especially not at one of their shared holy sites. Well, at least normal Jews, not those radical fucknuggets trying to build a 3rd temple.”