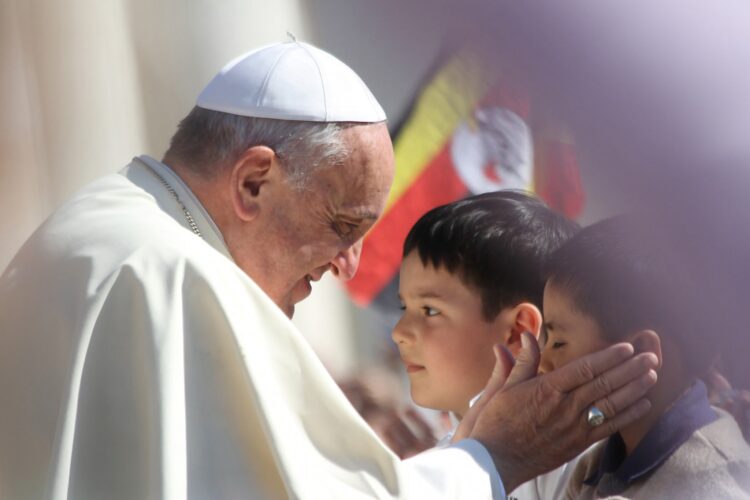 Pope Francis is known for trolling world leaders through piety but without naming names in God’s name. Today, as he washed the feet of the orphan refugees with blessed bottles of San Pellegrino Sparkling at the Holy Divinity Orphanage and Wine Tour in Rome, he was asked about Trump’s suggestion of a one-state solution in the Israeli-Palestinian conflict.

“Rather than go back to a war over borders, perhaps the entire world should become one-state,” he remarked. “For all mankind lives on the same Earth and should share in its bountiful beauty.”

But the Pope continued, “Although until that time, a peaceful two-state resolution would be appropriate.” The crowd giggled and sighed in relief at the misdirection, only to be rewarded with more thoughts from the pontiff.

“Even if Cain and Abel were half-brothers, what Cain did was a sin,” in what listeners assume was a swipe at the North Korean leader.

“John the Baptist could not have baptized Jesus from across the English Channel,” he said referring to Brexit.

“Our God is a passive-aggressive God,” he said waving goodbye to the gelato-faced crowd.