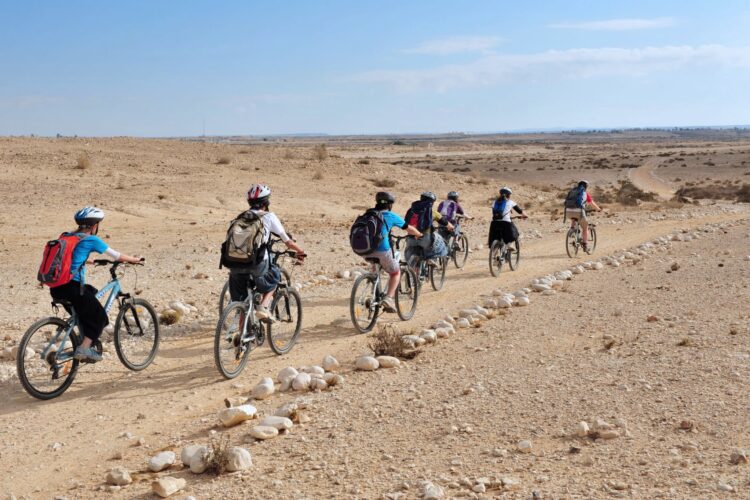 Israeli Prime Minister Benjamin Netanyahu tried to strengthen relations between his new government’s members by leading a team-bonding excursion into the Negev Desert that ended with him returning home alone.

“A heaping, stinking mess,” is how the hiking guide described the government’s first attempt at working together. “I don’t want to name names, but while one government official – wearing a skirt – was walking over hot coals, another official – wearing a beard – tripped her. She was rushed to the emergency room with second-degree burns,” one of the officials stated.

According to certified Yoga instructor Ella Herman: “We divided the government officials into two teams for the paintball competition. They’re blasting away as if they were in Gaza when all of a sudden the Construction, Gender Equality and Religious Affairs ministers split from their groups, form their own coalition and start firing on everyone else.”

Netanyahu was so dismayed by the display of disharmony in the desert that he commandeered a Jeep and drove all the way back to the Prime Minister’s Residence in Jerusalem.

“I ordered the guides to dump the official in the middle of the desert for a couple of days without food or water. If they won’t learn to respect each other, they will sure as hell learn to fear me,” Netanyahu assured the Israeli public.