A day before the start of the AIPAC (American-Israel lobby) Conference in Washington long lines of customers snaked through the aisles of Shwayder’s Boozy Emporium, the famous DC ‘beverage’ store. TID correspondent Kid Justin, a frequent patron of the store, caught up with Secretary of State John Kerry at the check-out line.

“It definitely takes a lot of supplies to get through all the AIPAC speeches,” muttered Kerry, pointing at the wide variety of high-proof bottles in his cart, “Biden and I have a special drinking game for Netanyahu’s speech: a Jagerbomb whenever he mentions that Iranian bomb, a glass of Hennessy for ‘Hamas’ etc. Two years ago I forgot to stock up for AIPAC, I was stuck drinking kosher wine and Goldstar. I was so hung-over the next day I almost declared a Palestinian state in Minnesota. The only place I’ve seen people drunker than at AIPAC is the UN Human Rights Council. Which explains most of their resolutions.”

TID spotted Netanyahu himself at the back of the store. “I get a bit of stage fright when I’m giving speeches to so many rich people,” said the Israeli Prime Minister. “My plan is to start drinking today and hopefully by the time it’s my turn to speak I won’t even know where I am. Sometimes I use stronger stuff as well. Remember my speech with the cartoon bomb representing Iran? I was higher than an RV full of hippies on a mountaintop.” 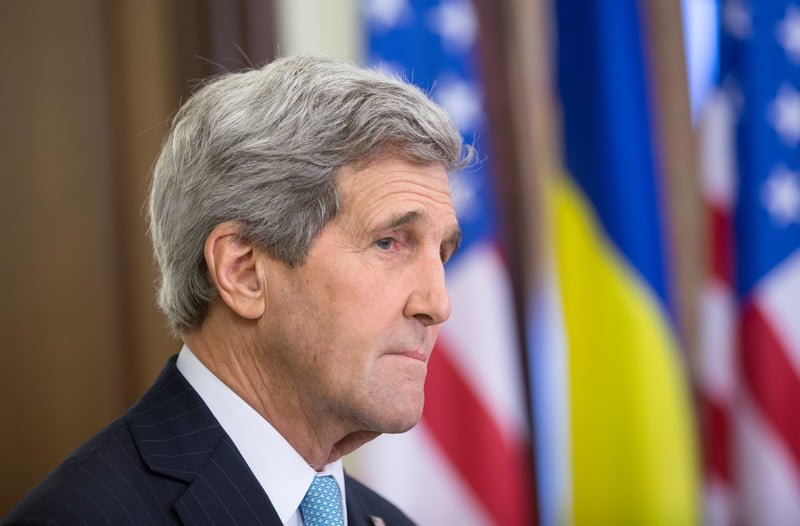