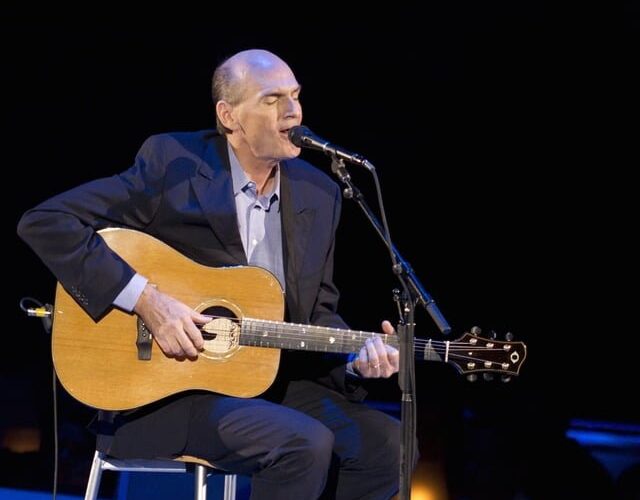 James Taylor, thrust back into the public eye after his surprise appearance at a press conference following the attack on Charlie Hebdo singing ‘You’ve Got a Friend’ to the French people, has embarked on a 10-city jaunt through Middle East capitals whose governments have asserted their opposition to the ISIS militant group.

“After hugging Paris, Jim is stoked about hanging loose with some righteous Arabian dudes. I mean if the Mideast wigs out, we’re all gonna wind up waist deep in the big muddy,” the legendary singer-songwriter’s manager Herbie Love stated on Monday.

Highlighting Taylor’s concern for the region, Love said at a hastily convened press conference outside a San Francisco area Dunkin’ Donuts, the man behind such classics as ‘Fire & Rain’ and ‘Shower the People’ has also pledged free guitar and vocal lessons to leaders of countries fighting ISIS.

(kind of) RELATED: ISIS teen that threatened the West has “remarkably small penis”

“We were bumbed out when they told us that only dudes would be attending the shows,” Taylor’s representative explained. “Kinda weird singing ‘Don’t Let Me Be Lonely Tonight’ to 65,000 Kuwaiti men. But, like the Bible says: ‘You’re either on the bus or off the bus,'” Love asserted.

In response to Taylor’s tour plans, ISIS Media Communications Director Hussein ibn Boubi noted, “Mr. Taylor represents the worst musical refuse of the 1970s. Except for ‘Steamroller,’ every other song that man sings produces violent thoughts of hatred and revenge. We prefer the dulcet tones of Maroon 5.”