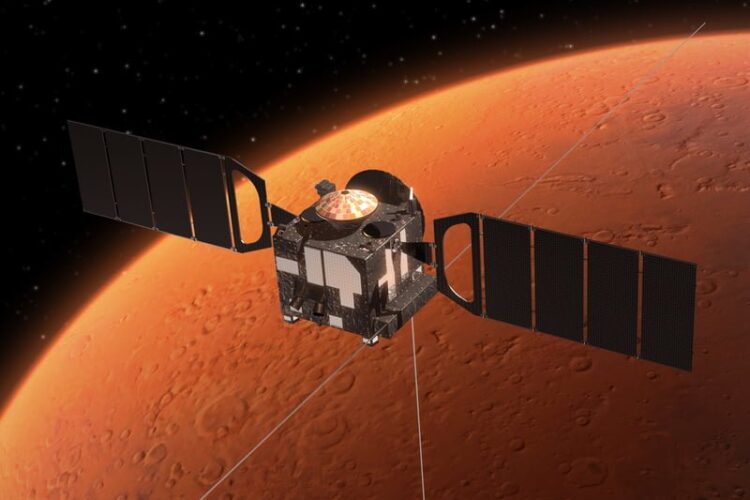 Inspired by India’s becoming the first Asian nation to place a satellite in orbit around Mars, the ‘Islamic State’ (IS) has said that it will become the first ‘country’ in the Muslim world to achieve the same feat.

Speaking at the launch of the initiative, IS’ newly appointed Minister of Scientific Advancement, Ibrahim al Battani said that it was the role of IS to inspire future generations of Muslims with such a bold endeavour.

“I was watching our satellite TV hookup when the news came on that India had managed to put a vehicle in orbit around Mars. I spoke to my colleagues at the ministry and we figured that if a country as fucking dysfunctional and poverty stricken as India could do it then so could we,” al Battani told local media in Raqqa.

“We realise that some NASA infidels helped with the fiddly bits and that option isn’t open to us, but we believe that with the right funding from Qatar there shouldn’t be any problems. We do recognise that since inventing the scientific method and our major contributions to mathematics, physics, biology, and medicine, along with having the oldest degree-granting university in the world that Islamic scholarship has fallen on hard times, for oh say the last 600 years or so.”

“Once the funding stream is in place we are going to talk to AQ Khan to see if he is interested in assisting us with the design of the launch vehicle. I also know a few Palestinian guys who are pretty handy at making rockets,” al Battani explained.

“We’re not sure what we’ll do with the satellite when it gets there”, al Battani acknowledged. “I’d really like it to broadcast something cool like the Mars movement from Holst’s “The Planets.” It’s one of my favourites. But to be honest we’ll probably just opt for a few sermons from Yusuf al-Qaradawi or maybe one of the more radical guys in the bunch.”