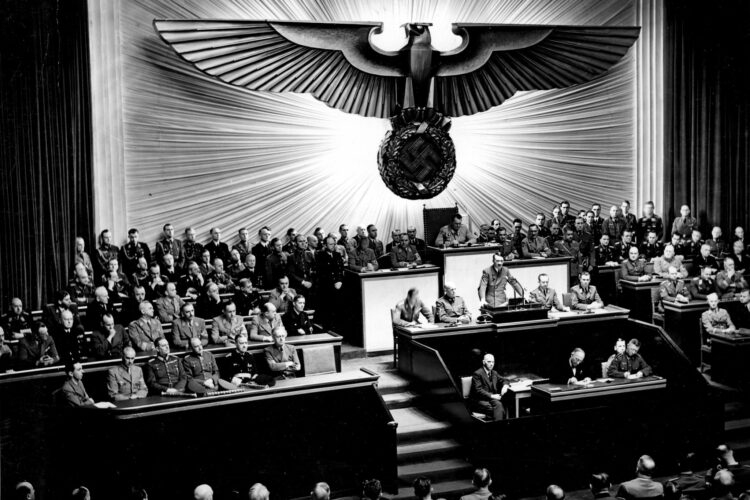 The hologram is being designed by researchers at Columbia University’s Engineering School using the latest in Artificial Intelligence technology to truly recreate the cheeky dictator who must be well overdue an historical re-evaluation.

“Our past events with Iranian President Mahmoud Ahmadinejad, and more recently with Malaysian Prime Minister Mahathir Bin Mohamad, generated so much interest that we knew we’d have to do something really special to outdo those events,” remarked a spokeswoman for Columbia University’s Department of Visiting Despots.

Many Jewish students at the university expressed upset at the announcement. “It’s like the university isn’t even trying to pretend anymore” remarked one sophomore.

Yet others took a more ‘glass half full’ attitude to the announcement. “First, they invited a Holocaust denier; then, a Holocaust revisionist…now we’ll have the actual Holocaust perpetrator here so we can finally prove that it actually happened!” one history major noted.

“We pride ourselves on our celebration of free speech and diverse ideas,” said a spokesperson for the university. “Especially those that most interest our sizable Jewish student population. To be honest we wanted to get Milo Yiannopoulos, but apparently he’s not dead yet.”