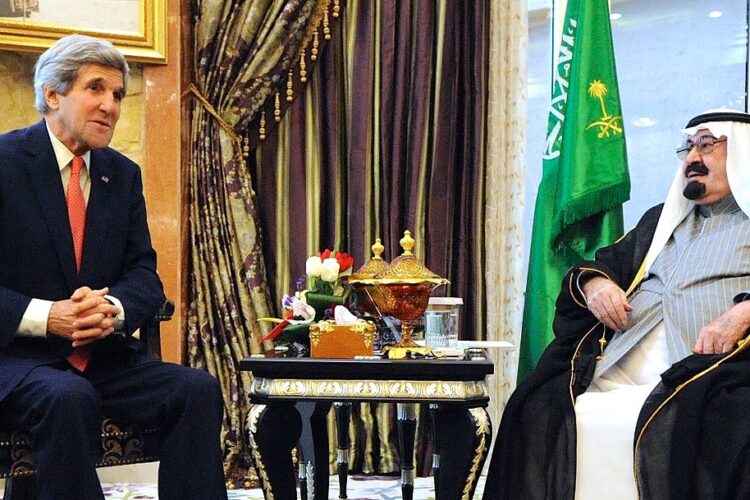 The death of King Abdullah bin Abdulaziz al-Saud has triggered a string of promotions amongst 7,000 brothers, half-brothers, cousins of the kind you only normally see at Thanksgiving and Bar Mitzvahs.

Key promotions include that of Assistant Regional Deputy Vice-Minister of Oil, Mohammed bin Shish, 18th in line for the throne, being promoted to Second Regional Deputy Minister of Oil, a key position in the Saudi economy. His place was taken by Ahmed bin Ansari, former Associate VP of regional oil ministers and 42th removed from the kingship. Socialite prince Hashish bin Akmal ,1,386th in line, has been promoted from Court Minstrel to the prestigious position of Court Herald. Traditionally, the Herald of the Saudi court keeps the palace nobles informed of regional news items by reading headlines from The Israeli Daily over a loudspeaker each morning.

The advancement process hit a snag when Mini bin Tahini al-Saud, 4,407th and overseer of the Special Program for Succession and Promotion of Saudi Princes, eagerly appointed himself to the position of Chief Harem Overseer without appointing a replacement. Bin Tahini was immediately demoted back by Prince Habib bin Haboob, 4,405th, overseer of 3rd class overseers.

Meanwhile, the preeminent woman in the kingdom, the king’s sister Al Jawhara bint Abdulaziz, has been promoted to 168,125th in line to be considered an actual person.